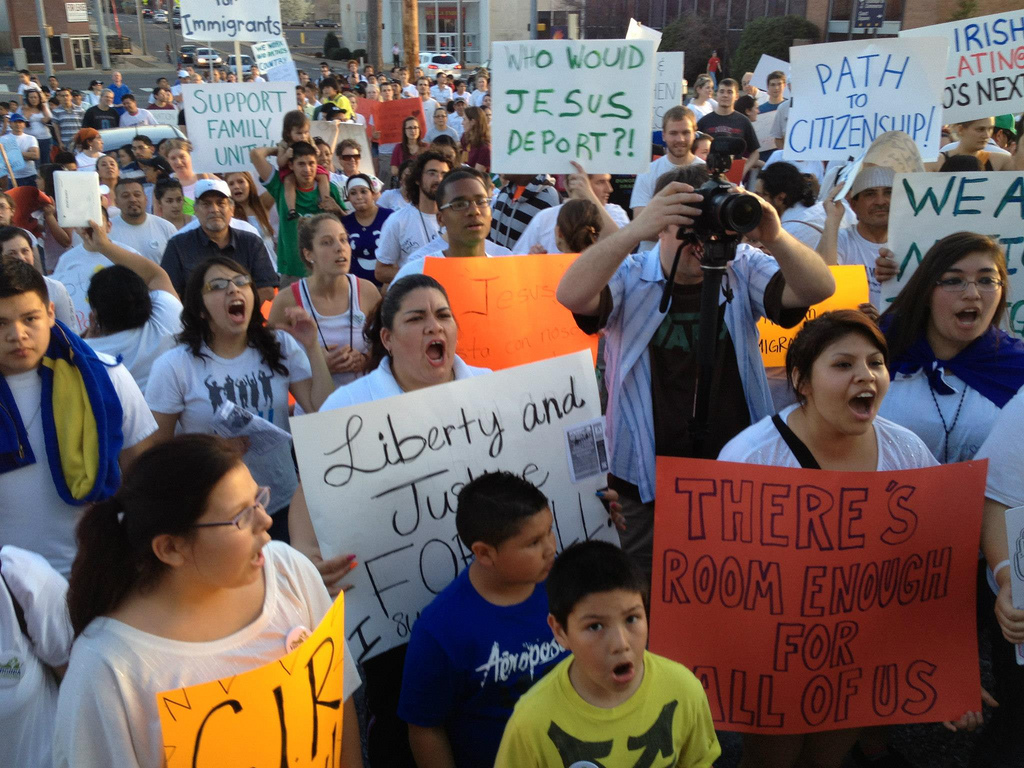 FISHERSVILLE, Va. — Now that the shutdown has ended, the next item on President Obama's agenda is immigration reform.

He made mention of it in an interview with Univision on Tuesday.

The documentary, "The Dream is Now" is being shown across the country to try to put immigration reform at the top of the minds of lawmakers.

Groups like the Virginia Organizing are also working to ensure that immigration reform is a priority. It is something they are constantly talking about in their meetings.

Witting says her brother-in-law was an immigrant that was sent away from this country. She understands the hardships associated with immigration.

"The fact that someone scorches the law and comes here illegally and (is) granted a higher priority status over the people who are trying to follow the law. That bothers me a good bit," said Joshua Huffman who is with the Shenandoah Valley Tea Party Patriots. He does not support a pathway for citizenship for illegal immigrants.

Before the Syrian conflict, President Obama vowed to act on immigration reform.

To truly deal with this issue, Congress needs to act and that moment is now," said President Barack Obama at a press conference.

Following the shutdown, bipartisan efforts will be needed to solve the issue of immigration reform. Virginia Organizing will be showing the documentary "The Dream is Now" on Thursday at the Waynesboro Unitarian Universalist Fellowship.

In a statement, Congressman Bob Goodlatte (R) says he is "hopeful that we will see action on immigration reform soon. However, there is no set date. I continue to oppose the senate's immigration bill and remain committed to a step-by-step approach to immigration reform that puts enforcement first."