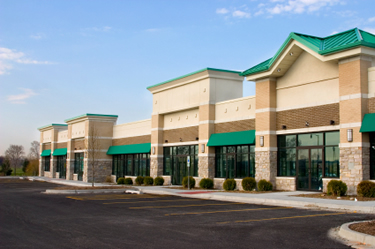 On Tuesday evening, a group of Virginia Organizing members attended an Americans for Prosperity-sponsored rally in Spotsylvania. The event wasn’t publicized; someone in our network received a robocall asking her to attend. Since Americans for Prosperity has recently weighed in on local issues like lifting the ban on uranium mining, we thought it might be a useful opportunity to observe the political powerhouse in action.

At an event where both the Americans for Prosperity state and national president spoke, I was shocked to see no more than 20 supporters in the crowd. For a group with so many members, we expected a turnout slightly larger than the average Starbuck’s line at 8:30 a.m.

I really didn’t expect to see campaign staff from a Republican candidate for state senate at an event focused on cutting federal spending, wearing a campaign shirt and helping set up the AFP podium. However, the event was held right next to the candidate’s campaign headquarters, so it wasn’t hard to make the walk (or the connection) between the Americans for Prosperity event and the campaign.

The entire event felt…odd. Held in a sprawling parking lot, the event seemed to be more about the speakers than about the crowd. A community organizer myself, I’ve certainly coordinated events where the turnout left something to be desired. This, though, just came off as a low-energy affair. The AFP folks, for their part, were perfectly nice, but the ideas they advocated seem to be sorely lacking in their ability to get people riled up (or even turned out!). No questions from the audience were taken, and as the “crowd” drifted away at the end of the event, our members had to ask one another: this is group with the grassroots power?

The author, Kevin Simowitz, is the Fredericksburg Organizer for Virginia Organizing.