Home » The Issues » Budget and Tax Reform » Ehrenthal: The Dangerous Myth of Supply Side Economics

Ehrenthal: The Dangerous Myth of Supply Side Economics 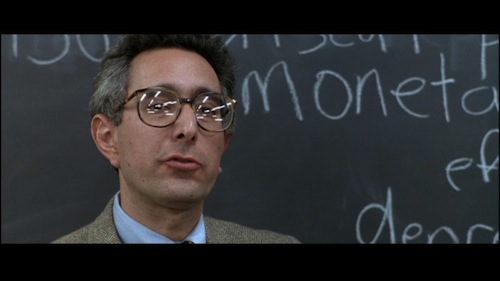 During the late 1940’s and 1950s, a vibrant middle class developed in the United States. Manufacturing grew and prospered and so did the workers who were making a living wage and therefore creating a demand for more products. A cycle of prosperity begun.

However, as decades passed a great change came over our manufacturing processes. Stimulated by advances in technology American labor became more productive. It took fewer man-hours to produce more goods.  And as the economy became more global and trade regulations were weakened in the 1980s, many American companies began shipping jobs overseas to take advantage of cheaper labor. As more and more manufacturing jobs disappeared, organized labor fought for a living wage for the remaining workers, amidst a race to the bottom led by outsourcing.

Until the 1980s, our economy followed the principle that demand leads to supply. As long as the economy had relatively full employment and wages were also relatively high, there would be enough demand to spur supply. Simply put: when lots of people have enough money to buy the products, companies supply them and the economy moves forward.

Then came Reagan and Supply Side Economics. This concept turned the economic system we knew on it’s head. The theory was that if the suppliers could get their costs down, their products costing less would stimulate demand. So companies began cutting costs by reducing the largest cost factor: labor.  The bottom line was reduced, but it also reduced the money that working people earned and took away as expendable income. Then, middle class Americans didn’t have the income to buy the products at any price.

Here we are now. We have 21 million potential consumers, either with no job or too few hours to make ends meet. We have millions with the inability to pay for their housing and medical care, let alone consumer goods and services. Recently, it was announced that the US reached the $1 trillion mark in capitol tied up in students loans. These loans gobble up most expendable income for young people and all but prevent a hugely important consumer demographic from creating any demand whatsover. Additionally, we have $2 trillion in capitol that big banks and financial instiutions are sitting on and waiting for the demand to go up. This means they are not loaning the money to small businesses that would create jobs. The banking and finance industry doesn’t even believe in supply side economics enough to ante up. Why should we?

It was Henry Ford who stated that until his workers could afford his cars, the industry could never expand. Henry Ford was hardly a progressive, but he know how to make money. He knew that he needed demand before he needed supply. Supply side economics is a dangerous experiment that led to exploding deficits during the Reagan administration and has helped to all but destroy the middle class.