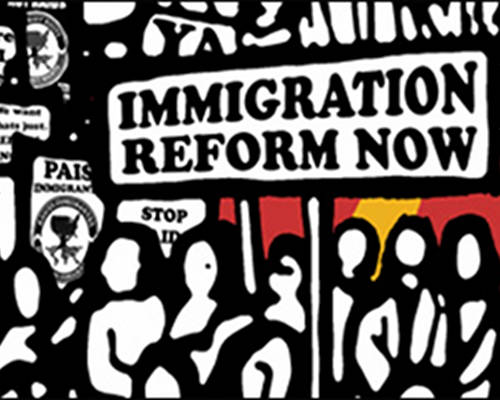 The decision by the Associated Press to drop the term "illegal immigrant" could have far-reaching ramifications for the media industry.

The AP said on Tuesday that it has decided to abandon the contentious term, which many Latino and immigrant-rights activists have long called dehumanizing. The wire service's decision is bound to be influential; it has perhaps the most widely-used style guide in the country. The Huffington Post, for instance, uses a modified version of the AP guide. Editors and reporters carefully track the changes to the guide, so when the AP decides it is altering something, that decision filters out to publications across the U.S. In addition, the AP's wire stories appear in virtually every major newspaper, and in many online publications, giving it an outsized role in shaping readers' perception of events.

It remains to be seen how many other news outlets will follow suit. Though many major organizations have already pledged to avoid the term, others, including the New York Times and the Washington Post, have not yet done so. The Times, in particular, has been having a very public conversation about whether or not to stop using the term. Public editor Margaret Sullivan, who has previously sided with editors who wanted to keep the term, tweeted just after the AP's announcement that the paper is considering new revisions to its guide.

She wrote in a blog post that she does not expect the Times to follow the AP's lead and stop using "illegal immigrant." Rather, the changes will “'provide more nuance and options' for what term to use,' according to Philip B. Corbett, associate managing editor for standards. Sullivan said the Times will probably announce its changes later this week.

The AP may also have made itself something of a political target on the right; conservatives on Twitter immediately criticized the decision.