Home » The Issues » Economic Justice » Ask Senator Warner for a Budget that Protects Basic Services, not Tax Breaks for the Wealthy

Ask Senator Warner for a Budget that Protects Basic Services, not Tax Breaks for the Wealthy 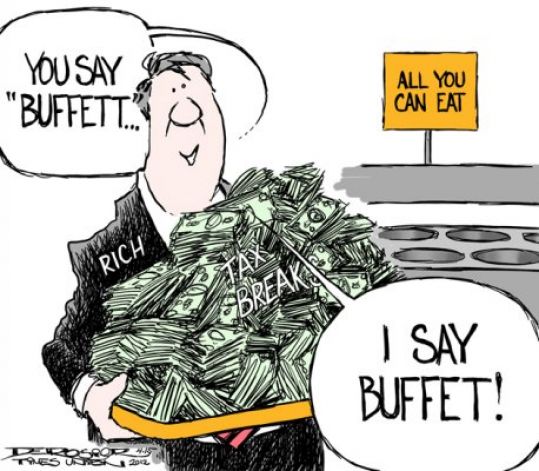 In a close vote, the U.S. Senate failed to pass the Buffett Rule, a groundbreaking piece of legislation that would have required millionaires to pay at least the same tax rate as middle class taxpayers.

So while the middle and working class will be paying their fair share in taxes, many of the 1% will not.

The good news is that Virginia's Senators Mark Warner and Jim Webb both voted FOR the Buffet Rule.  Please call Senator Warner at 1-877-676-2759 and thank him for his vote.

The conservatives voted against the Buffett Rule, just like they voted for the Medicare-killing Ryan budget. They're basically Robin Hood in reverse – robbing from the 99% to give ever more lavish tax breaks to the rich.

“Too many politicians in Washington, D.C., are working hard for the 1%, but they are not doing anything for seniors, kids or the middle class,” said Sandra Cook, Chairperson of Virginia Organizing. “Last month, the U.S. House of Representatives passed a budget that takes away health care benefits that people have been waiting years for. It ends Medicare as we know it and shifts the cost of nursing home and preventive care back to seniors, families and states. This month, many of the same conservatives who complained about the deficit are giving away tax dollars to millionaires.”

Fairer taxation of the richest 1% of Americans under the Buffet Rule would have generated $47 billion over the next 10 years. Currently, the top 1% of taxpayers pay only one-third the tax rates in effect in 1980 even though their incomes have grown considerably. Income for the top 1% increased more than 277% since 1980.

In contrast to the Buffet Rule, the House budget would widen the already-enormous disparities between the rich and the middle class.

Including Charlottesville, Martinsville, and south Hampton Roads, dozens of Tax Day actions across the country highlighted which politicians in Congress support health care, education and consumer protections for middle-class families and which ones prefer more tax breaks for the wealthiest.

Please call Senator Warner at 1-877-676-2759 and thank him for his vote. Also urge him to oppose the reverse-Robin Hood tax policy of the Ryan budget.

Thanks for all your help!