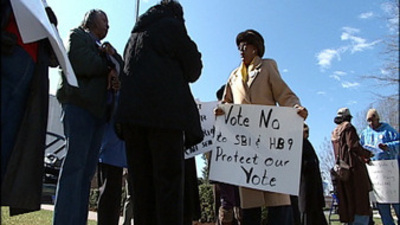 MARTINSVILLE, Va.—Protesters in Martinsville are urging lawmakers not to touch their voting rights.

About a dozen protesters from Virginia Organizing say their ability to vote could be taken away if the Governor signs two bills into law.

At issue: bills that would require an ID card for all voters.

Protesters say the cards will keep students, minorities and seniors from voting by requiring standards they wouldn't be able to meet.

Those people would vote on a provisional ballot, the protesters say wouldn't be counted.