BRAMLETTE: MR. HOWELL — WE WANT DETAILS, PLEASE, ON YOUR ‘ALTERNATIVE’ 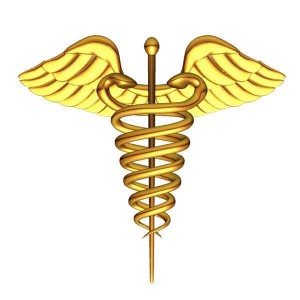 WHILE I have never met William J. Howell, I would think he is of an age to remember when Medicare began [“Responsible alternative must be found to expanding Medicaid,” Viewpoints, Jan. 5].

There was outcry about “socialized medicine.” It was going to “break the country,” and it was not a good business model. Fifty years later, Medicare is a well-run government insurance program.

The rollout of the Affordable Care Act has had the same beginning as Medicare did all those years ago. It has been maligned by the media, by political parties and by others who want to see it fail. But it does not demonstrate that government-run health care won’t work, but that by allowing private-sector insurance companies into the mix, the game changes to allow those companies to make a profit.

Had ACA been allowed a single-payer process such as Medicare and Medicaid, there would have been no difficulty with sign-ups.

Mr. Howell, in discussing why the Medicaid expansion will not work, does not seem to have developed the alternative plan he so wishes for. While he states that Medicaid is fraught with waste, fraud and abuse, and is a broken program, he offers no solution for a state-run program.

While the federal government provides funding to every state to support Medicaid, the program is run by each state. Some do better than others. What does he intend to do about fixing it? He poses no thoughts on that.

Medicaid’s largest expense in any state is the payment for long-term care for the elderly. Women, children and the disabled use a much smaller part of that budget. Wellness and prevention are part of every Medicaid plan, although payment to physicians is usually smaller than a Medicare payment for the elderly. Because of the ACA, payments to physicians will be equalized.

Many Virginia residents have applied for health care through the ACA only to find that they do not make enough money to qualify or for subsidies to aid in a purchase. Because there has been no expansion of Medicaid, they qualify for nothing. They will not owe a penalty because they make so little income that they do not file tax returns. If they need medical care, they will be further bankrupted by the bills they will incur, sent to collection or court for restitution.

I would suggest that Mr. Howell consider what course his life would take if he had no health insurance for himself or his family. I would hope that in his heart he knows he is not doing the right thing for uninsured residents in Virginia to stand so strongly on principle without a solution in sight.

Show us a solution, an alternative health care program for Virginia’s uninsured. It’s not right to make 400,000 uninsured residents wait any longer.