Home » The Issues » Economic Justice » Brown: An Afternoon With VP Biden on the SOTU

Brown: An Afternoon With VP Biden on the SOTU 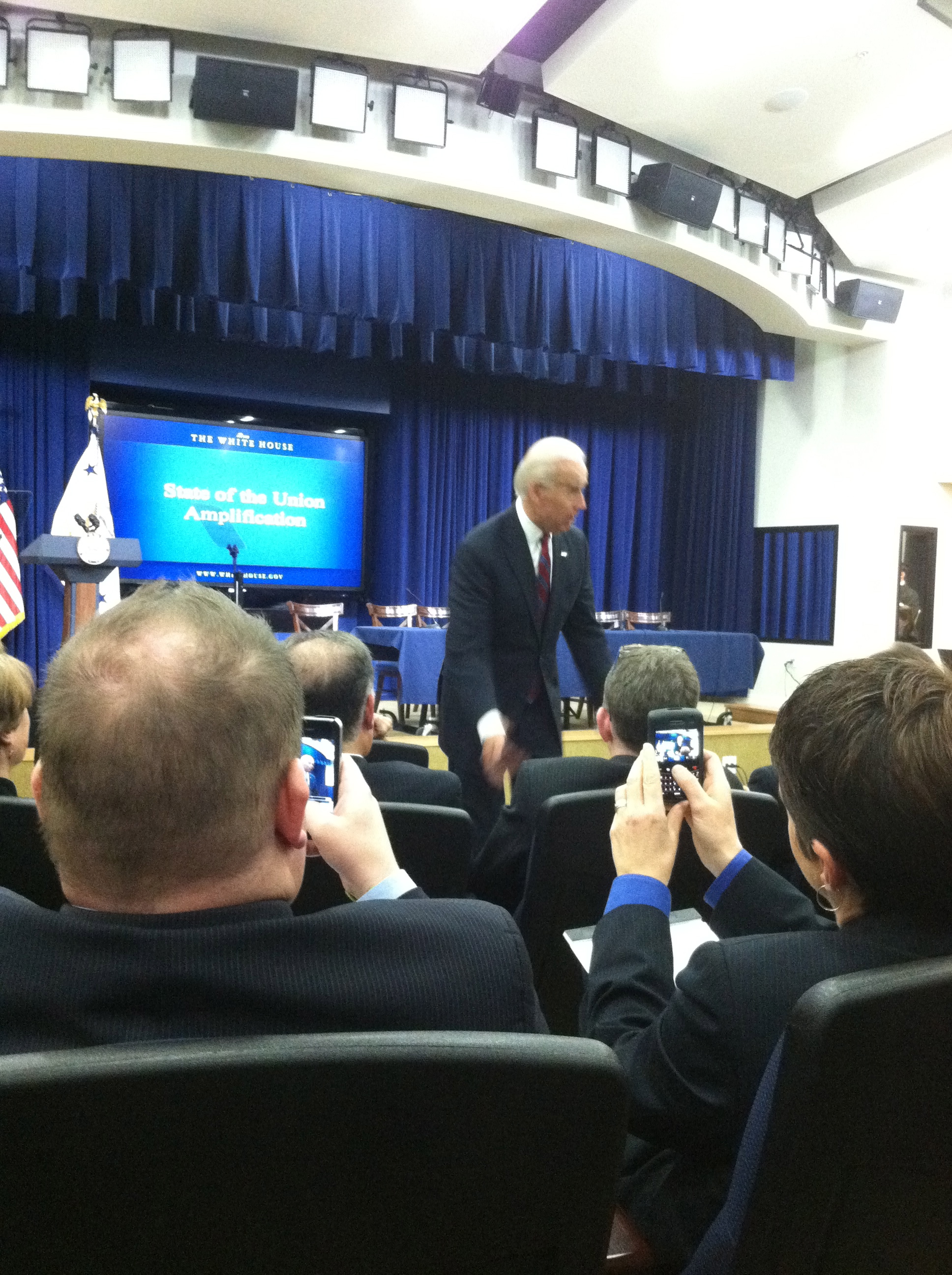 “We can restore an economy where everyone gets a fair shot, does their fair shave, and plays by the same sets of rules”—President Obama

As a member of the State Governing Board of Virginia Organizing, last Wednesday I had the opportunity to attend a State of the Union Amplification event with members of US Action.

The State of the Union Amplification event was hosted by Vice President Biden and included organizations from various states like the AFL-CIO, US Black Chamber, and Sierra Club to name a few. A panel of staffers representing Domestics Policy, Public Engagement, National Economic Council, Education Policy and Environmental Policy answered any looming questions that individuals had about issues covered in the State of the Union speech. After the panel discussion, Vice President Biden reemphasized the themes highlighted in the STOU address. The highlight from Vice President Biden’s speech was his emphasis on what is at stake for the middle class. The administration is adamant about restoring the middle class and making sure people have the opportunity to move up and become middle class. He spoke of a generation that needs to be confident that their children won’t have to take care of them and that they can take care of their parents and send their children to school to get a good education. Vice President Biden discussed that health care is still a key priority and everyone should have access to decent health care.

The bottom line to Vice President Biden’s speech: if you have worked hard and produced you’re your country, you should be able to reap the benefits.

To end the night, Brian Deese, Deputy Director of the National Economic Council and US Action hosted a phone conference with US Action members from a number of states.  For two hours, those of us in the West Wing and members on the phone had the opportunity to ask Brian Deese questions about taxes, jobs, health care and retirement security.

In all, this was a great experience! It is reassuring to know that we have an administration that is excited about the work we do. As such, the administration has encouraged all grassroots organizations in attendance to keep up the great work and keep highlighting the voices of our communities. Your work is not going unnoticed, so keep it up!