Care for our Earth: Pressure from Dominion = Contaminated Water 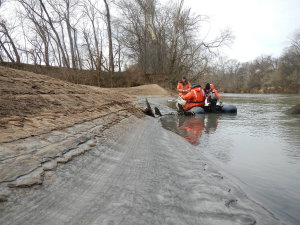 Regional residents are currently faced with the issue of the coal ash disposal in Chesapeake. Coal ash is what is left after coal is burned in coal-powered plants.

In previous decades, Dominion along with other utilities has mixed coal ash with water and stored it in unlined ponds adjacent to the power plants, which usually are built near rivers or other bodies of water needed for cooling. In several instances, these ponds are located near tidal rivers, which are subject to sea-level rise.

Mixing coal ash with water and storing it in the ground near rivers presents a few hazards. Remember the 2014 Duke Energy coal ash spill into the Dan River in North Carolina? Large amounts of coal ash were released and the water in the river was contaminated. Much of the pollution flowed into Virginia.

With regard to the Chesapeake facility, there is evidence that arsenic and other pollutants from ash are leaching into the ground water and adjacent surface waters. Environmentalists maintain that the safe way to dispose of coal ash is to excavate it from the unlined ponds and move it to dry, properly lined landfills AWAY from water. North Carolina has agreed to this method of clean-up. So, far Virginia, being pressured by Dominion, has not.

In the near future, the public will have opportunities to be heard and to submit written comments, which are essential, supporting this method. More specifics will soon follow regarding the public comments.