Home » Chapters » Norfolk » Caring for our Earth with Technology

Caring for our Earth with Technology 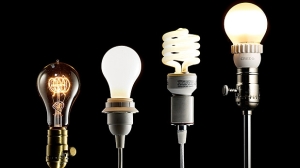 Some people argue that wind turbines are not acceptable because a number of birds are killed by them. Unfortunately, wind power does have that disadvantage at the present time, though the death toll is decreasing. As technology progresses that disadvantage will be alleviated more, if not eliminated.

Technology is constantly developing equipment and merchandise that are more effective and more efficient. For example, take the light bulb. Until the mid 1900s, our source of artificial light was the incandescent bulb. Then, fluorescent tubes hit the market. In the latter part of the century came the compact fluorescent bulb (the CFL). Now, there is the light-emitting diode (LED), which offers numerous benefits. LEDs have a longer lifespan, over 100,000 hours since they have no filament to break or burn out. They are more energy efficient than CFLs and they burn brighter. They run cool so you won’t burn your hand touching them or heat up the area around the bulb, and they are extremely durable with no broken glass or mercury to deal with.

LED bulbs cost more than traditional light bulbs, but in the long run help our Earth and also our pocketbooks. We can trust that the day will also come when technology will have solved the problem of wind turbines being a threat to avian life.