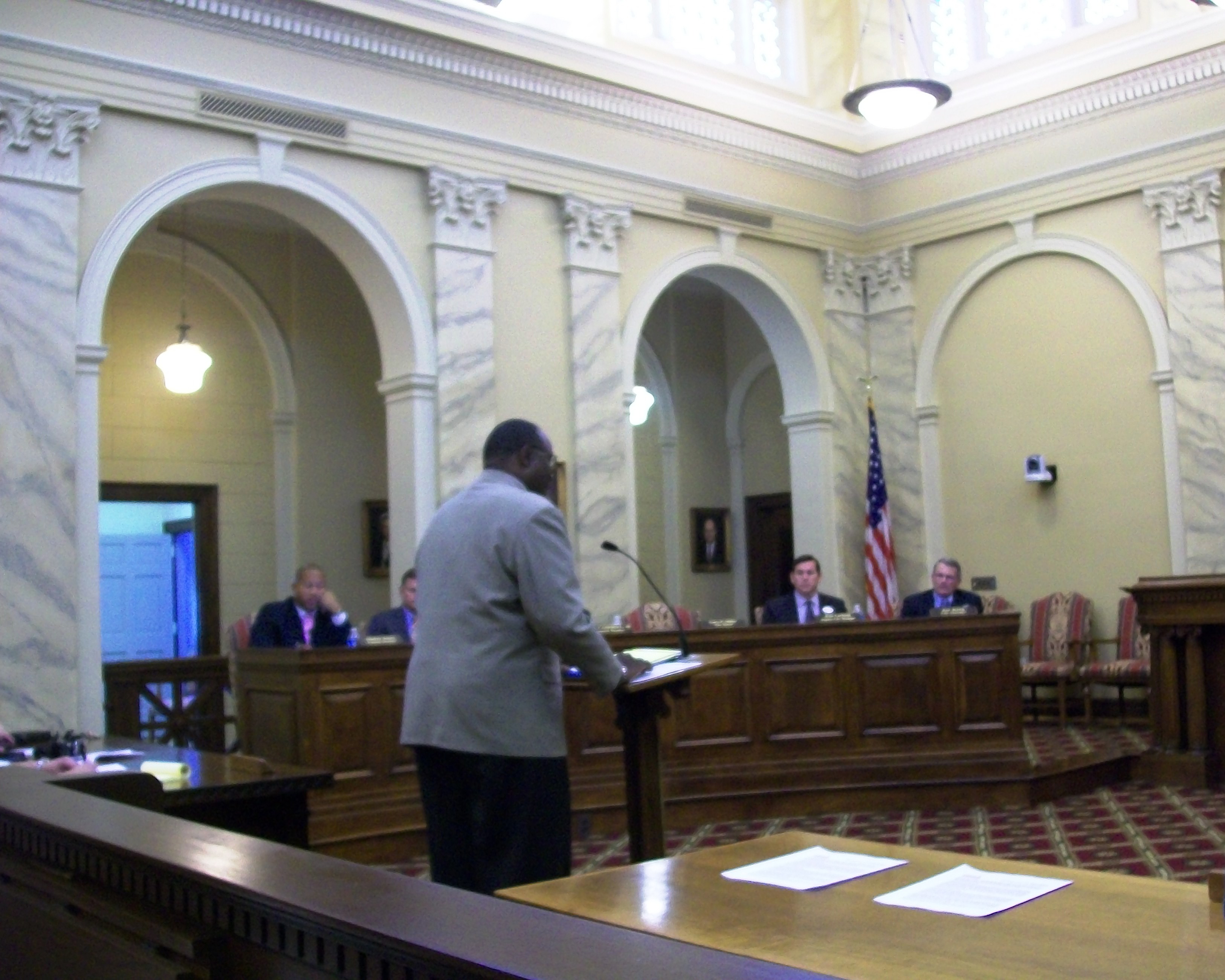 Published by the Danville Register & Bee on Wednesday, June 4, 2014

Organizations are urging Danville’s government to get rid of questions on its job applications about applicants’ criminal history.

Virginia Organizing has launched a “Ban the Box” campaign and — along with another organization, Virginia Cares — asked Danville City Council to remove the question from the city government’s job applications during its meeting Tuesday night.

Mayor Sherman Saunders told the Danville Register & Bee that City Council will likely vote on whether to make the change. Council members discussed the request during its work session after the meeting.

“The city is considering it,” Saunders said Wednesday. “At some point, I anticipate it will come up for a vote.”

The question targeted by Virginia Organizing is:

“Except for minor traffic violations, have you been convicted of any violation of law, and/or are you currently charged with a violation of law? (Your criminal history will be checked. Falsification of an employment application is grounds for immediate disqualification or dismissal. A conviction does not automatically disqualify you as an applicant.)”

Anita Royston, board member of Virginia Cares, a group working with Virginia Organizing on the “Ban the Box” campaign, said removing the question from application forms would give convicted felons released from prison an opportunity to get their foot in the door for a job.

“Once they’ve paid their debt to society, the city should provide them the opportunity to rebuild their lives and take care of their families, pay their bills,” Royston said.

Virginia Cares helps felons — or “returning citizens,” as Royston called them — repair their lives as they readjust to society.

Several cities across the commonwealth have already scrapped the question from their job applications, including Richmond, Petersburg, Newport News, Norfolk and Portsmouth, according to Virginia Organizing. Under the ordinances and administrative changes, the city can ask about relevant convictions for sensitive positions but not ask the broad question on all applications.

Sara Weller, Danville’s director of human resources, said the city has asked the question on its application or at least as long as she has worked for the city — seven years.

“We ask that because we have some positions in the city we cannot hire convicted felons for,” Weller said.

“We have to be mindful because we have a lot of positions where the employees come in contact with citizens,” she said.

“Some citizens or customers are not going to be comfortable with convicted felons in certain roles,” Weller said.

The city has hired felons, she said. Some positions, such as those in maintenance, may be more lenient when it comes to the question of hiring them. The type of crime is also considered, Weller said.

“We have to be mindful of what the conviction is for any position,” Weller said. A drug-related offense committed in one’s youth may not be as much of a hindrance as embezzlement, child molestation or other serious crime.

The city’s process of elimination for applicants would be less efficient if the question were removed from the applications, Weller said. Human resources would not have the ability to exclude those candidates convicted of crimes, she said. The city would learn of convictions through the job interview process.

During the City Council meeting Tuesday night, one “Ban the Box” supporter pointed out that convicted felons can have the right to vote for council members, but cannot work for them. Royston said it’s important to give them a chance to make their case if they interview for a job, especially if the city wants to lower its poverty rate.

The question can be an obstacle for those applicants and some give up as a result, Royston said.

“We should take the request seriously and make the decision,” Saunders said.