Clean power plan projected to save money for Virginia families 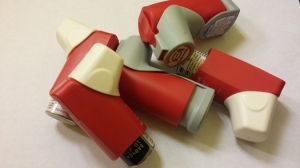 RICHMOND, Va. – The Environmental Protection Agency’s Clean Power Plan to reduce carbon pollution from power plants should save money for Virginia families, according to projections of electricity and health-care costs.

By 2030, according to the nonprofit group Public Citizen, using less so-called “dirty” fuels – through conservation and other measures – will cut Virginia families’ power bills by more than 7 percent. Arlington pediatrician Dr. Samantha Ahdoot said the savings from fewer asthma attacks and other heart and lung problems will be even more dramatic.

“This has significant health implications that are not as easy to identify as electricity rates,” she said, “but they still have a lot of impact on the pockets of Americans.”

Critics of the EPA’s plan charge that it would sharply raise utility bills by shifting away from cheaper coal power. Public Citizen is the latest to argue that many of the costs of coal power are underestimated and don’t include energy efficiency and the falling cost of renewables.

Ahdoot said health research suggests that for every one dollar spent reducing reliance on fuels such as coal, there are seven dollars in health-related benefits for families. She said she’s already seeing negative effects of global warming on some patients. For example, the allergy season in Virginia is longer and more intense, and Ahdoot said that’s hitting the kids she sees.

“It’s become much harder,” she said. “The kids now often require multiple medications – an eye drop, a nose spray, an oral antihistamine. Some actually now require seeing an ophthalmologist to get stronger medication for their eye symptoms.”

Ahdoot said the research indicates that moving away from coal under the Clean Power Plan will mean 100,000 fewer asthma attacks a year nationwide, and hundreds of thousands fewer lost work and school days as a result. The EPA is expected to finalize the plan this summer.

The Public Citizen report is online at citizen.org.