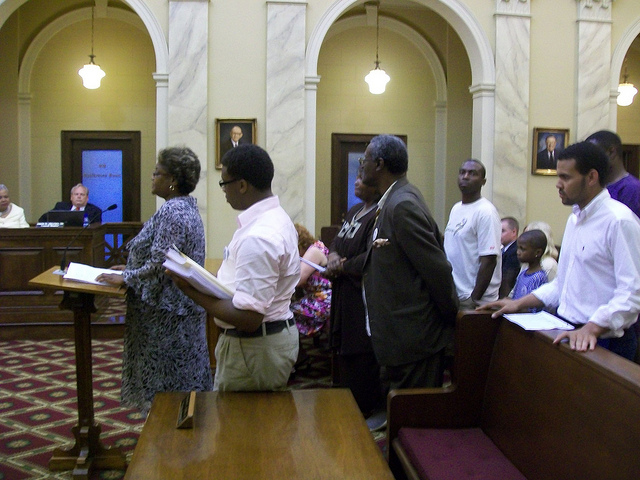 Danville, VA – On Tuesday, June 15 at 7:00 p.m., several dozen members of the local chapter of the Virginia Organizing Project will line up at the bi-monthly Danville City Council meeting to address an important agenda item: bringing jobs to Danville. The residents are asking the Danville City Council to support a resolution for a federal jobs bill, the Local Jobs for America Act (HR 4812). The jobs act will bring $8 million to Danville in funding for job training and the creation of 145 locals jobs.

Over the last several months, members of the Virginia Organizing Project have held local events, gone door-to-door, generated dozens of letters and have written opinion pieces in support of the jobs bill. Tuesday night, the jobs bill resolution will be the first agenda item on the Council’s docket and the group is hoping for the full support of the resolution.

“No one knows the need for jobs in Danville more than City Council.  Between the recession and state and local budget cuts, local families are struggling and the City Council is trying to meet the growing need for jobs and services. The City Council’s support of this resolution signals to Congress that we are ready to move out of this recession and put people back to work improving our economy,” said Virginia Organizing Project member Theresa Carter.