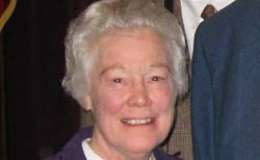 Sister Beth Davies of Lee County has been working on social and economic justice in Southwest, Virginia long before the Virginia Organizing Project came into existence.

In fact Beth was integral in brining VOP to the southwest in the first place. She connected with VOP’s founding director Joe Szakos through his organizing in neighboring Kentucky on the Harlan County border.

For years Beth has been working on issues that affect her community. Strip mining and mountain top removal are huge issues in the communities she serves. She recalls many groups and residents coming together to hold the mining companies accountable. Beth recalls a particularly intense strip mining campaign.

We had one holdout. He agreed with what we were doing but said he would not speak out. He said, ‘Strip mining puts food on my table.’ Shortly thereafter we had a terrible flood that wreaked havoc due to the strip mining. He joined us after that and said, ‘Now that it is washing the table out from under me, I want to join you.

Beth strives to make connections between people across the map who are experiencing the same thing. Drug abuse has been a problem in the community for years and Beth runs a drug rehabilitation center to help those affected get their lives back. She has worked with VOP on successfully bringing drug courts to southwest. The drug courts will help people get rehabilitated and will reduce the need to put non-violent drug offenders in prison. Unfortunately, prisons are a growth industry and the battle has not been easy.

Our government saw the prison as a jobs program. I once had an eleven year old boy tell me ‘When I grow up, I will be living in a prison or working in one.’ This is not the future I want this young boy to have. That is why we must continue. The most important thing is to have staying power because nothing happens overnight.

Beth continues to work on drug rehabilitation, drug courts, mining safety, environmental and prison reform issues and is encouraged despite the uphill battles that define such difficult issues. She is happy to have VOP in her community and feels that the organization strengthens local efforts by brining people together. “VOP is important because we need more voices than just those in our seven little counties. Only when we join together with the voices of the rest of the state, are we at our strongest.”