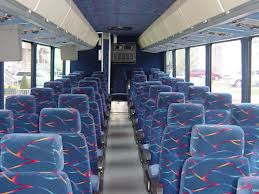 PETERSBURG – It may mean changes for the budget, but City Council sent a plan to reduce or eliminate service on several Petersburg Area Transit bus routes back to the city administration following a Tuesday night public hearing in which more than two dozen people spoke against the plan.

Reduced routes would have included Virginia Avenue and, on Saturday's, the Lee Avenue and Washington Street route, which would be run as a combined route, according to the plan.

The proposed changes would have meant a savings of $519,763.

But Delegate Rosalyn R. Dance, D-Petersburg, and others said that costs to the city in terms of increased unemployment and dependence on welfare and social services programs would eliminate any potential savings.

Dance said that she came to speak at the meeting at the request of citizens from Petersburg and throughout the 63rd District.

"Sometimes the cost is outweighed by the benefits," she said. "It's not an easy choice to make. Listen to the people."

Others who spoke called the bus route essential to their employment.

Curtis Russell said that the cost for citizens of taking the bus, roughly $16 per week, is far more affordable than the cost of $16 per day to take a taxi to and from a job.

Two speakers turned over petitions to City Council asking the governing body to reconsider its actions and keep the routes.

Several of those who spoke, including Dorothy Goode, said that taking away the bus routes would be an inconvenience to residents who depend on the bus service to get to doctors appointments at offices near Southpark Mall in Colonial Heights.

"Not everyone has a car," she said.

City Councilman David "Ray" Coleman said that he had listened to the citizens who spoke at the hearing.

"I sympathize with them," Coleman said. He asked that the city administration revisit the potential changes to both the VSU and Southpark Mall routes. "These are two critical routes."

Councilman Carl "Mike" Ross said that he would rather that the city administration look at a reduction in service on routes instead of elimination. He also asked whether or not an increase in fares could help cover the cost associated with keeping routes.

Paige said that fares were increased by 50 cents last year.

Director of Public Works Steven Hicks said that to sustain each route, an increase of 75 cents to $1 would be necessary. Current fares are $1.50 and include one transfer for a regular ticket.

The rate increase last year was the first increase in a decade.

Councilwoman Treska Wilson-Smith said that severing the Southpark Mall route would be severing a relationship with the neighboring city of Colonial Heights. She added that many doctors offices relocated from Petersburg to around the mall and residents are in "dire need of that bus."

She asked the city administration to also revisit other routes and whether efficiencies could be found in combining other routes.

Councilman W. Howard Myers said that what he was hearing was encouraging residents to visit businesses in a neighboring locality, cutting tax revenue for the city.

"Which is why we are here to reduce the routes," Myers said.

Mayor Brian Moore said that the city will continue to try and get regional support for the transit service that is already being provided at the expense of Petersburg residents and taxpayers.

Council voted unanimously to send the plans back to city administration. City Manager William E. Johnson III said that the budget will likely need to be adjusted if the routes are kept.