Criminal box to be dropped on city job application 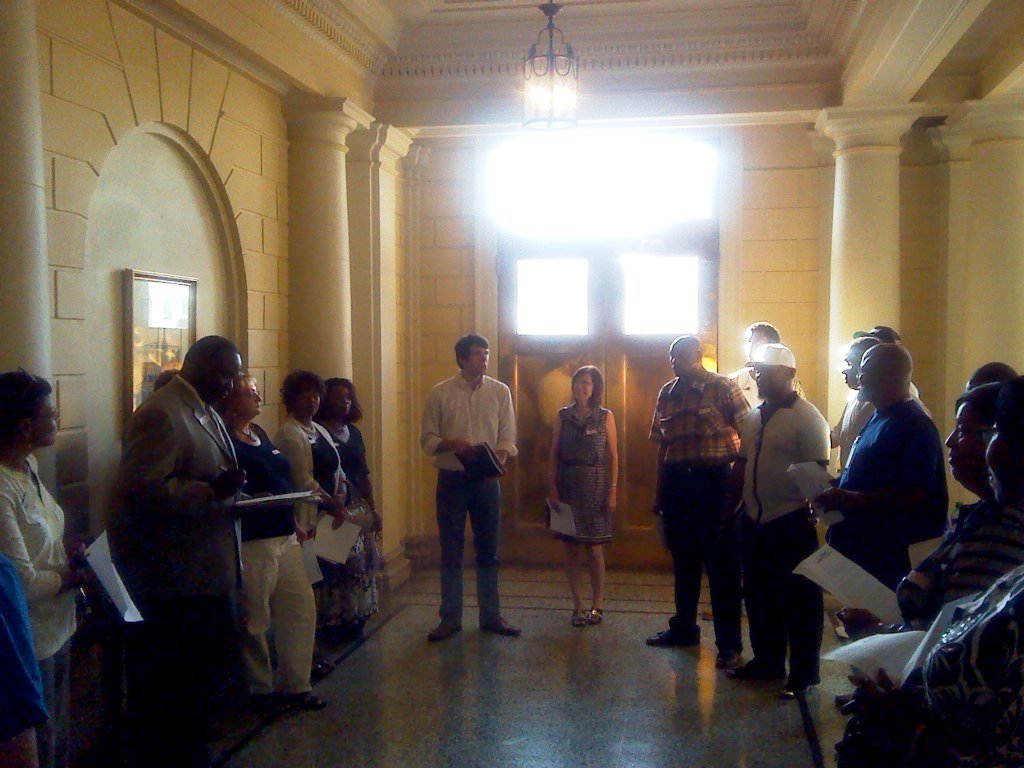 Published by The Danville Register and Bee on Wednesday June 18, 2014.

Danville City Council chambers erupted into applause near the end of its Tuesday night meeting with Virginia Organizing members and supporters signaling their approval of the unanimous vote to “ban the box.”

Ban the box is a nationwide initiative to make it fairer for ex-offenders to find jobs by asking employers to remove the box applicants must check on job application forms if they have a criminal record.

Nik Belanger, the local community organizer for Virginia Organizing, said the group decided to spearhead their efforts by getting municipal governments to remove that box from application form.

“It gives them an equal chance of getting the jobs they’re qualified for,” Belanger said after the meeting.

Many job applicants are haunted by a long-ago misstep that excludes them from job consideration for the rest of their lives, and many companies simply will not consider anyone with a criminal record for employment, no matter how long ago or how minor the charges were, he said.

By removing the box on the application — even if a criminal background check will be done before hire — ex-offenders have an opportunity to meet and talk with the employer and to present their qualifications, instead of feeling like their application will just be tossed in the trash.

City Manager Joe King said that some departments — like the police department, which simply cannot hire anyone to be a police office if they have a criminal background — will still have to do up-front background checks.

“We want to be able to tell them early on that they are not qualified,” King said.

For Belanger, the work is not yet done. He said he plans to approach the Pittsylvania County Board of Supervisors to adopt the initiative next.