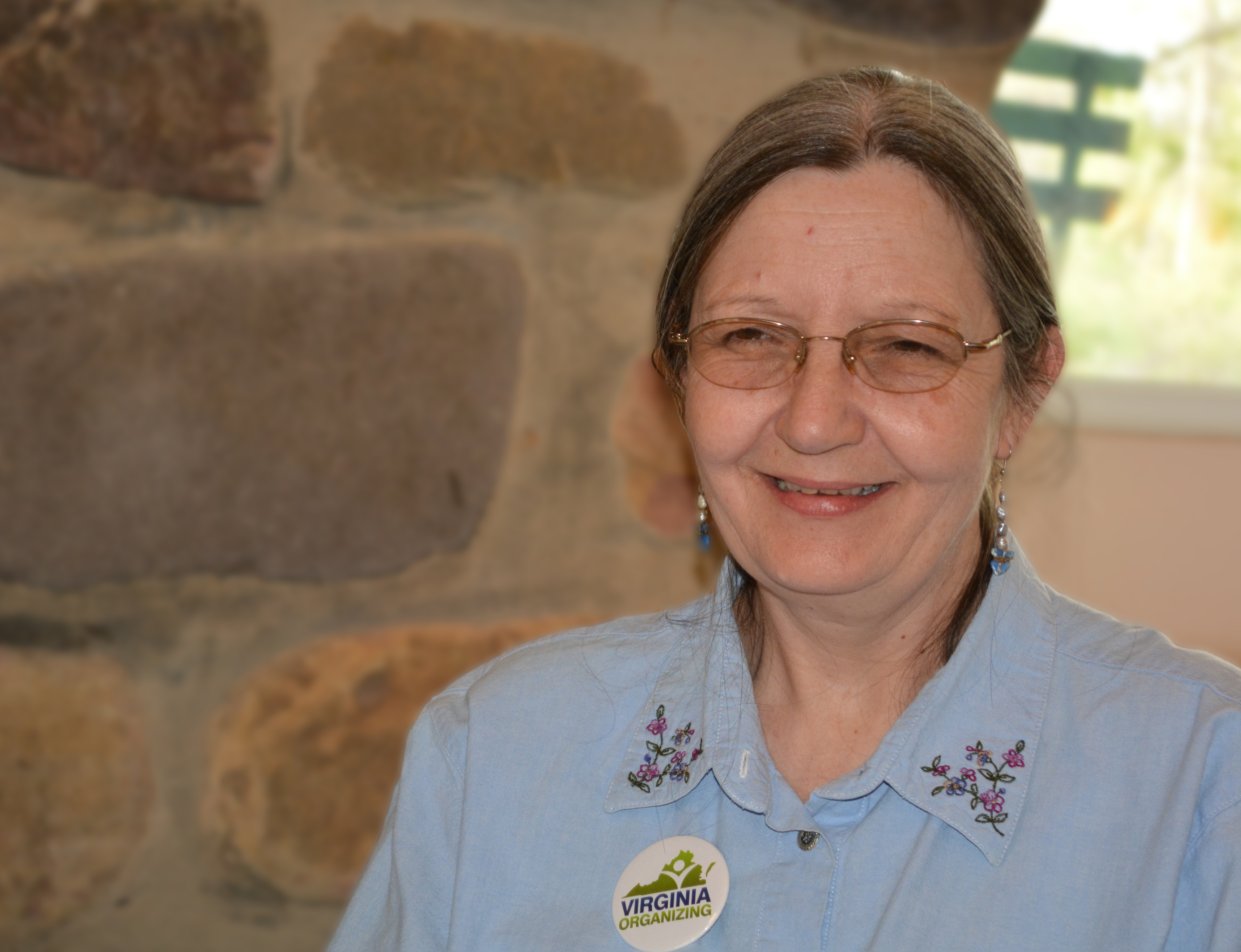 Denise Smith has been with organization from the start. When she is not at her day job as co-program director of Wolf Creek Indian Village and Museum, she is spending time with her grandchildren and serving on Virginia Organizing’s State Governing Board and Virginia Organizing’s Tax Reform Committee. Denise was involved with some of the first VOP campaigns including community effort in Lee County to change the way juries are chosen. In 1996, an African-American man was going to be tried with an all white jury when community members, along with allies from across the region, descended on the courthouse and eventually were influential in changing the way that juries are chosen there.

Denise is particularly proud of a Virginia Organizing campaign in 2003 where many groups challenged a state policy stipulating that unmarried people could not purchase a home together through a state loan program. The policy was designed to discriminate against homosexuals; however, Virginia Organizing found that the law affected many people. Virginia Organizing found a pair of sisters who wanted to pull their resources and buy a home together, but were prohibited by the policy. The sisters became unlikely, but effective, spokespeople. Eventually the policy was changed.

For every victory and defeat, Denise has remained active in every aspect of Virginia Organizing. She attends lobby days, writes letters to the editor, and helps write tax reform policy and even stands outside of the Today Show to defend community organizers. “Following Sarah Palin’s comment about community organizers, we were in New York City for a workshop when someone got the bright idea that we should go to the Today Show and let them know what community organizing is really about. We held up our signs and gave interviews to let everyone know that organizing is something we are incredibly proud of,” recalls Smith.