Home » The Issues » Health Care » Dr. Lillis: What Would You Cut?

Dr. Lillis: What Would You Cut? 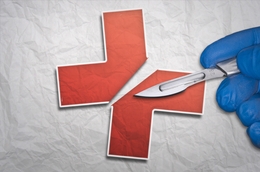 What Would You Cut?

The recent 2012 Budget passed in the House of Representatives (nicknamed the “Ryan Plan”) is forged from the idea that in order to put America’s fiscal house in order, something needs to be done about Medicare.  Of course there are many ways to begin to reduce the deficit aside from changing Medicare, but to ignore the cost of administering health care to America’s seniors would be akin to ignoring the elephant in the room.  Medicare currently consumes 12% of the federal budget, and with the “baby boomer” generation in the midst of retirement, Medicare liabilities will only grow as more and more people enroll in Medicare.

Rarely do we see progressive and conservative bloggers agree, but in my reading I find consensus around quotes like this: “The real solution to the deficit problem must fix the long-term Medicare problem. “   The agreement comes from identifying the problem, while the argument comes from how to solve it.

The budget passed by the House, and defeated in the Senate, sought to solve this problem by converting Medicare to a program of vouchers.   The effect would be to shift a large portion of health care costs from the Medicare program to seniors, and the country does not seem to be on board.  The Affordable Care Act, passed last year into law, has several provisions to reduce spending through the Medicare program, but will only “bend the cost curve” of health spending through the successful future implementation of some of the pilot programs it provides for.

Ergo, the inspiration for this blog post.  I stumbled across this fantastic forum yesterday, and I am struck by how freely these experts discuss ideas that were sensationally rejected during the debate leading up to the passage of the ACA.  This by no means suggest I disagree with these authors – in fact many of their suggestions make sense to me.  But were these writers to run for political office, I would expect their opponents would revive the chants of “rationing” and “death panels” in a heartbeat.

We as physicians need to play a major role in bending the cost curve.   Lists like this seem to be a great starting point for physicians to lead in reducing health costs