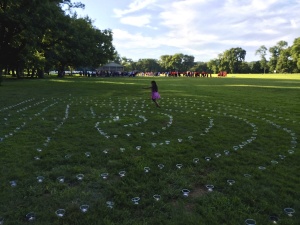 Originally posted on The Public News Service on November 6, 2014.

RICHMOND, Va. – A new report demonstrates efforts to connect more children to health care coverage seems to have stalled in Virginia, as well as across the nation.

Joan Alker, executive director of the Georgetown Center for Children and Families, is one of the authors of the study Children’s Coverage at a Crossroads. While more and more children had been gaining health insurance coverage over the last several years, she says five million children across the U.S. remain uninsured. Alker says in many states, including Virginia, progress appears to have stalled – possibly because states have focused on signing up more adults through the Affordable Care Act.

“The other interesting finding is children in working families living on the brink of poverty are those that have the highest rate of ‘un-insurance,’ compared to other income groups,” says Alker.

Slightly more than seven percent of children remain uninsured nationally last year, very close to the percentage from the year before. Just under 5.5 percent of Virginia children have no health insurance coverage.

One component in solving the problem is making sure families know when they qualify for government-subsidized coverage. Margaret Nimmo Crowe, executive director of Voices for Virginia’s Children, says family incomes can fluctuate, and working parents may not realize their children can be covered. She says changing that awareness should be a priority, especially in rural parts of the commonwealth.

“We’re really stagnating in terms of outreach to kids who are uninsured,” says Crowe. “We need to particularly focus on rural areas of Virginia, south side and southwest Virginia.”

More than a third of U.S. kids get their health insurance through the Children’s Health Insurance Program (CHIP) or through Medicaid. In the past CHIP has had strong bipartisan support in Congress, but when its budget expires next September, Alker says she’s worried it may run into partisan gridlock.

“Right now, we have just over five million children who are uninsured in the United States,” she says. “If Congress doesn’t fund that program, that number could swell to over seven million – so that’s a critical decision.”

According to Voices for Virginia’s Children, ending the CHIP program would essentially double the number of Virginia children without health insurance.