Ehrenthal: Voter Fraud & Bigfoot, They Make Exist, But are Hard to Find 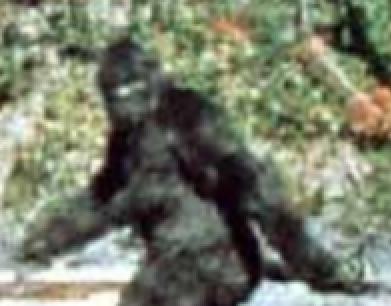 The right to vote, in a democracy, is a basic right.  Under the United States Constitution that right in established by the 15th Amendment.

“No one can be denied the right to vote because of race, color or previous condition of servitude.”

But members of the Virginia General Assembly have introduced several bills to restrict voting rights.  A couple months after Maine’s overwhelming rejection of their Voter ID law, the Old Dominion is giving large-scale disenfranchisement a go ’round.

The leader of the pack is currently Senate Bill 1 (SB1), which has already been heard by the full Senate. SB1 requires voters to show ID, turning regular ballots into provisional ballots.

Members of the Virginia legislature say voter ID laws like SB1 will prevent fraud in voting. With millions of Americans voting there is less than .0001% of identified fraud and as far as I can tell no convictions. There is no evidence of any large-scale voter fraud in Virginia. Voter ID laws are a solution in search of a problem. And their goal is to make it harder for certain people to vote.

SB1 and other voter ID laws are aimed at those least likely to have a government issued photo ID: the poor, minorities, the elderly and temporary college students. Many of these individuals do not own motor vehicles and therefore have no drivers’ licenses. Voter ID laws usually require the voter to present a “picture ID” that is state authorized (a picture ID from your work or college, etc. would not qualify.)  It is estimated that 500,000 Virginians lack the proper ID and would be kept from voting.

There is another Amendment that is applicable to the voter disenfranchisement scheme the General Assembly is putting forth. The 9th Amendment  reads“The enumeration in the Constitution, of certain rights, shall not be construed to deny or disparage others retained by the people.”

The “right” of conservatives to keep young people, minorities and the poor away from the polls is not a strong enough reason to deny or disparage the voting rights of millions.