“End Bush tax cuts for richest 2 percent like me” 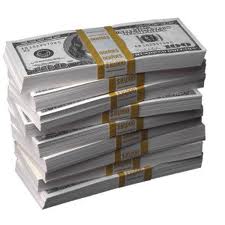 The U.S. House of Representatives faced an important decision last week. All but one Republican, along with 19 Democrats, voted against a proposal that would have renewed the tax cuts on income up to $250,000. They would only agree to renew those tax cuts if the top 2 percent of taxpayers would not only get the same tax cuts as everyone else, but additional tax cuts that go exclusively to the top 2 percent — tax cuts for which 98 percent of Americans don't qualify.

I'm among that wealthiest 2 percent of Americans, so I have skin in the game, so to speak. Yet I strongly oppose prolonging the special tax breaks for the wealthiest. We need such breaks the least — and we need to start paying our fair share. Not since the early 20th century has our country experienced a wage gap between the best-paid Americans and average wage earners like that which exists today. Worse, the concentration of assets in the hands of a few has likely not been worse since the Roaring Twenties.

People like me would not have our wealth if we had been born in a country that lacked the vital services our government provides. These services include federal support for schools and universities, for roads and public transit, for our judicial system, for law enforcement and national defense. Government funded the creation of Internet and other crucial research and development that benefit industry and productivity. We enjoy good health because our government safeguards our food, water and medicine, prevents epidemics and helps find cures for disease.

I want to pay my fair share to the country that has given me so much — and it's only fair to expect that I will chip in my share to make sure that others have the same opportunities I have had. The richest people in our country receive the biggest tax breaks. The Bush tax cuts that only go to the richest 2 percent give an average tax break of nearly $150,000 to each household that makes more than $1 million a year. We've been getting this extra break year after year. The average millionaire is paying an effective tax rate of less than 20 percent because of tax breaks we can use — breaks few average Americans can.

Ending tax cuts that only the top 2 percent are eligible to receive would save nearly $1 trillion over the next 10 years — money desperately needed to get our fiscal house in order. Bankrupting the government by providing endless tax cuts for the wealthiest is not right and is not smart.

Business owners like me know that restoring taxes to Clinton-era rates on the portion of our profits above $250,000 in household income would have no effect on our decisions about whether to hire additional workers.

Our country faces a choice. It can ask the wealthiest 2 percent to limit ourselves to the tax cuts other Americans get — those on the portions of household income under $250,000 — so we can shrink the deficit while protecting middle-class priorities such as education and Medicare from deep cutbacks. Or we can slash investments vital to our nation's future in order to be even more generous to those of us who need tax breaks the least. That shouldn't be a hard choice.