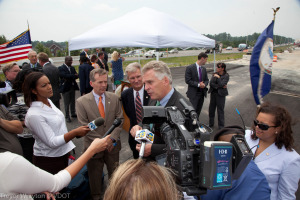 RICHMOND – Governor Terry McAuliffe today announced that offenders in Virginia’s prisons can now stay in touch with loved ones by way of some of the lowest phone call rates in the country.

The Virginia Department of Corrections has worked with its offender phone service provider, Global Tel*Link (GTL), to lower phone rates drastically over the last five years. Offenders will now pay about $0.04 per minute.

“Recognizing how important family support is to offenders as they serve their time and prepare to reenter the community, Virginia has been leading the charge to bring affordable phone service to incarcerated offenders,” said Governor McAuliffe. “This is a significant milestone in the Commonwealth’s reentry efforts.”

“This is an excellent example of how partners who share common goals can work together to reduce the cost of phone calls to friends and family members  and still provide the necessary security and safety features to protect the public,” said Brian Oliver, CEO of GTL.

“Knowing that there will always be security costs for the DOC associated with offender phone calls, we appreciate the Department’s efforts to make phone service affordable for offenders,” said Secretary of Public Safety and Homeland Security Brian Moran.

“We are in the business of helping people make better choices,” said Harold Clarke, VADOC Director. “Research shows us that increased pro-social family ties support a reduction in recidivism and are an important part of the reentry process. We’re pleased that working with GTL, we’re able to offer significantly less expensive calls than in years past.”  The Department of Corrections does not receive commissions from offender phone calls.