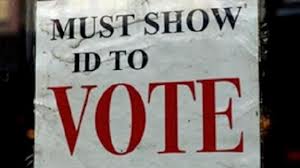 (03/13/13) RICHMOND, Va. – Several groups have signed a letter urging Gov. Bob McDonnell to veto the new "Voter ID" bills, which they see as both costly to taxpayers and restrictive to the entire voting process.

The legislation – SB 1256 and HB 1337 – eliminates Social Security cards, government checks, utility bills and bank statements as acceptable forms of identification at the polls, said Holly Coy, director of programs for the Virginia Interfaith Center, a group that opposes the legislation. That makes it tougher for thousands of people to vote, she said, especially the elderly, the poor and minorities."This is a policy that would place an additional onus on those individuals when they want to vote at the polls, and so that's why we're concerned," she said. "We think we should be doing everything we can to encourage participation in our democracy."Under the proposed voter ID bill, local registrars will be required to issue free photo IDs to voters who need them. The Commonwealth Institute for Fiscal Analysis estimates this will cost up to $21 million.Proponents of a Voter ID law in Virginia and other states where similar legislation has passed or is in the works cite fraud as the No. 1 reason behind these bills. Opponents counter that there is little evidence of fraud on record to back those claims.Elvira Shaw has been working at the polls in Colonial Heights for half a century."I've never seen any fraud, or had any fraud cases for the 50 years that I've served on the board," Shaw said.If enacted, Shaw said, the new photo ID law would make voting difficult for some senior citizens because many aren't able to get around easily. Shaw said she fears the extra trips to obtain photo IDs will only discourage them from casting a ballot.