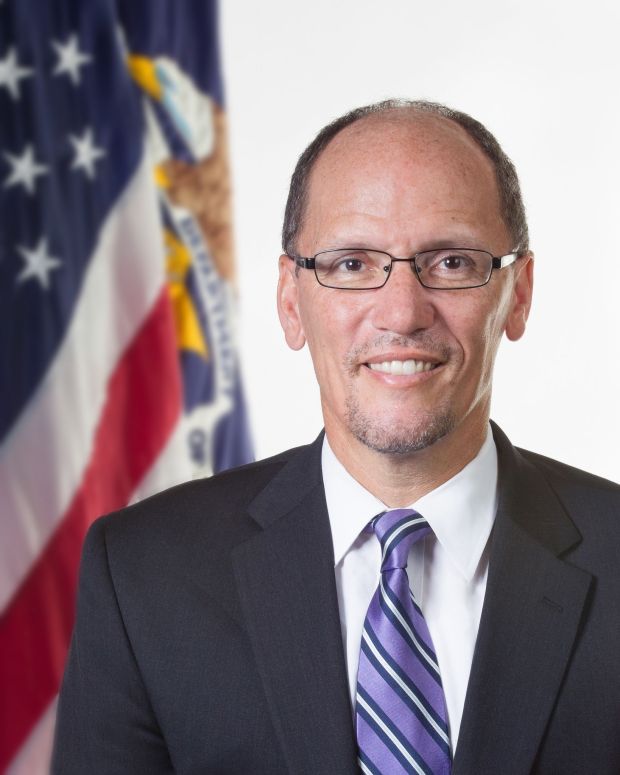 Published by the Times of Northwest Indiana on June 27, 2014

Forty years ago this weekend, my father died of a heart attack at age 52. I was 12, so as time goes by I remember less and less about him. But one vivid memory is of him always coming to my baseball games. And so when I had children, I promised myself I would do the same – not just to be in the stands cheering for them, but on the sidelines coaching them.

Being labor secretary is a demanding job, but I still have the flexibility to coach youth sports, to help with homework, to be there for important rites of passage. My daughter’s high school graduation a few weeks ago conflicted with a Cabinet meeting, but there was never any doubt what I would do, or what President Barack Obama wanted me to do.

If I were a low-wage worker, however, I might have been docked half a day’s pay to see Amalia get her diploma. That’s because we are one of the few countries where paid family leave and paid sick days are not the law of the land. Earlier this week, the White House, the Labor Department and the Center for American Progress convened the first-of-its-kind White House Summit on Working Families to shine a spotlight on this issue and others that speak directly to the anxieties facing families of all kinds every day.

Oftentimes, it’s not just about missing a ballgame or a dance recital. The absence of paid leave threatens the jobs and undermines the economic security of millions of people across the country.

People like Anne from Minneapolis, who was fired from her factory job for missing six days over the course of the year because her children were sick.

People like Shelby, a hotel security officer from Denver, who had to care simultaneously for her daughter and aging father who both needed surgery. The Family and Medical Leave Act protected her job, but without pay. Taking off work for two and a half weeks took a huge financial toll. She had to pawn jewelry to make ends meet.

People like Christina in Washington state, who worked during her pregnancy at a pizza delivery chain. She was on her feet eight hours a day, next to two 450-degree ovens. But she wouldn’t stop working because “I could feel our bank account hemorrhaging.” Whatever time off she could afford, she needed to save for after childbirth.

More employers are recognizing that providing paid leave is not just the right thing to do by their workers; it’s the smart thing to do for their business. Strong, competitive companies, from multinational professional services firm Ernst & Young to New Belgium Brewery, have implemented progressive leave policies and thrived not in spite of it, but because of it.

Congress has shown little inclination to act so far. But California, Rhode Island and New Jersey have already passed paid leave laws, with energetic grassroots campaigns in several more states. Sometimes, change comes to Washington, not from Washington. That’s what happened with unpaid leave a generation ago, and we’re seeing a similar movement in the states on minimum wage.

The Labor Department wants to encourage that process. We’ve just announced new grants for states to conduct feasibility studies about the development or implementation of paid leave. As part of the larger commitment to working families, the president also announced at Monday’s summit that he is directing us to invest $25 million to help people who want to enroll in job training programs but have difficulty accessing child care.

We are also investing in research about lessons learned in states innovating with paid leave. After a decade in California, according to one prominent academic study, it has succeeded in helping families without hurting businesses. Roughly 90 percent of employers report positive effects or no negative effects on employee productivity, retention or morale.

Ask Jason of West Long Branch, New Jersey whether paid leave matters. His twins were born at 28 weeks and spent more than two months in neonatal intensive care. Only because of the New Jersey paid leave law, Jason was able to stay home with them until their immune systems were strong enough to go to day care.

A great country shouldn’t force people into wrenching choices between the job they need and the family they love.

Thomas Perez is the U.S. Secretary of Labor. The opinions are the writer's.