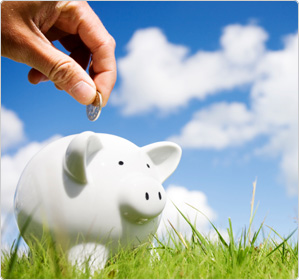 Hundreds of thousands of Virginians currently face the threat of catastrophic family health care expenses from serious, unexpected injuries or illnesses, such as accidents, sports injuries, cancer, diabetes, and other diseases. A new cap on out-of-pocket expenses, a key provision of the Affordable Care Act, will help those families protect both their health and their budgets.

Although the spending caps go into effect in 2014, the consumer health group Families USA asked The Lewin Group, a health care policy research and management consulting firm, to look at the impact of the caps on Virginia families as if the caps were going into effect in 2011. The resulting analysis for Virginia spotlights the tremendous need for spending caps to protect family budgets:

– In 2011, 330,900 Virginians under the age of 65 are in families that will spend more than the out-of-pocket caps for services that will be covered in the Affordable Care Act's essential benefits package.

– The Affordable Care Act's spending caps, when adjusted to 2011, would be $5,950 for individuals and $11,900 for families. Out-of-pocket health care spending by these Virginia families will exceed the caps by nearly $545.5 million in one year alone.

In particular, employees of Virginia's small businesses (those with fewer than 100 employees) face the threat of high out-of-pocket health care spending:

– An estimated 130,300 Virginians in families where the head of the household is employed by a small business will spend more than the out-of-pocket caps.

– Nearly two in five Virginians (39.4 percent) who will spend more than the out-of-pocket caps are in families where the head of the household works for a small business.

– Of those Virginians in families of small business workers, more than four out of five (85.0 percent) have a head of household who works for a business with fewer than 25 employees.

– Families of Virginia's small business employees will spend $218 million more than the out-of-pocket caps in 2011 alone.

"Two decades of rising health care costs have squeezed families into coverage with higher premiums, higher copayments, and higher deductibles, and sometimes these costs have forced families out of health coverage altogether," Ron Pollack, Executive Director of Families USA, said today. "These families are terribly vulnerable to the financial devastation caused by unexpected illness or injury, and they generally face only bad alternatives, including massive credit card debt, bankruptcy, even foreclosure.

"The report from Families USA clearly shows that 330,900 Virginians, and nearly 15 million people across the nation, will deal with this kind of health and financial crisis this year alone. The caps on out-of-pocket spending that will be put in place by the Affordable Care Act will have a profound, beneficial impact on the fortunes, finances, and futures of families in Virginia.

Pollack noted that, between 2000 and 2010, the average premium for job-based family coverage grew from $6,438 to $13,770, an increase of 114 percent. These increases have been a special burden for small businesses, which, because of lower buying power and proportionately greater administrative costs, pay, on average, 18 percent more than large businesses for a comparable health insurance plan.

The spending cap provision of the Affordable Care Act includes a sliding scale that will ensure those with lower and middle incomes will pay less out of pocket than those with higher incomes.