Danville Virginia Organizing Speaks Out for Immigrants’ Rights at DCC 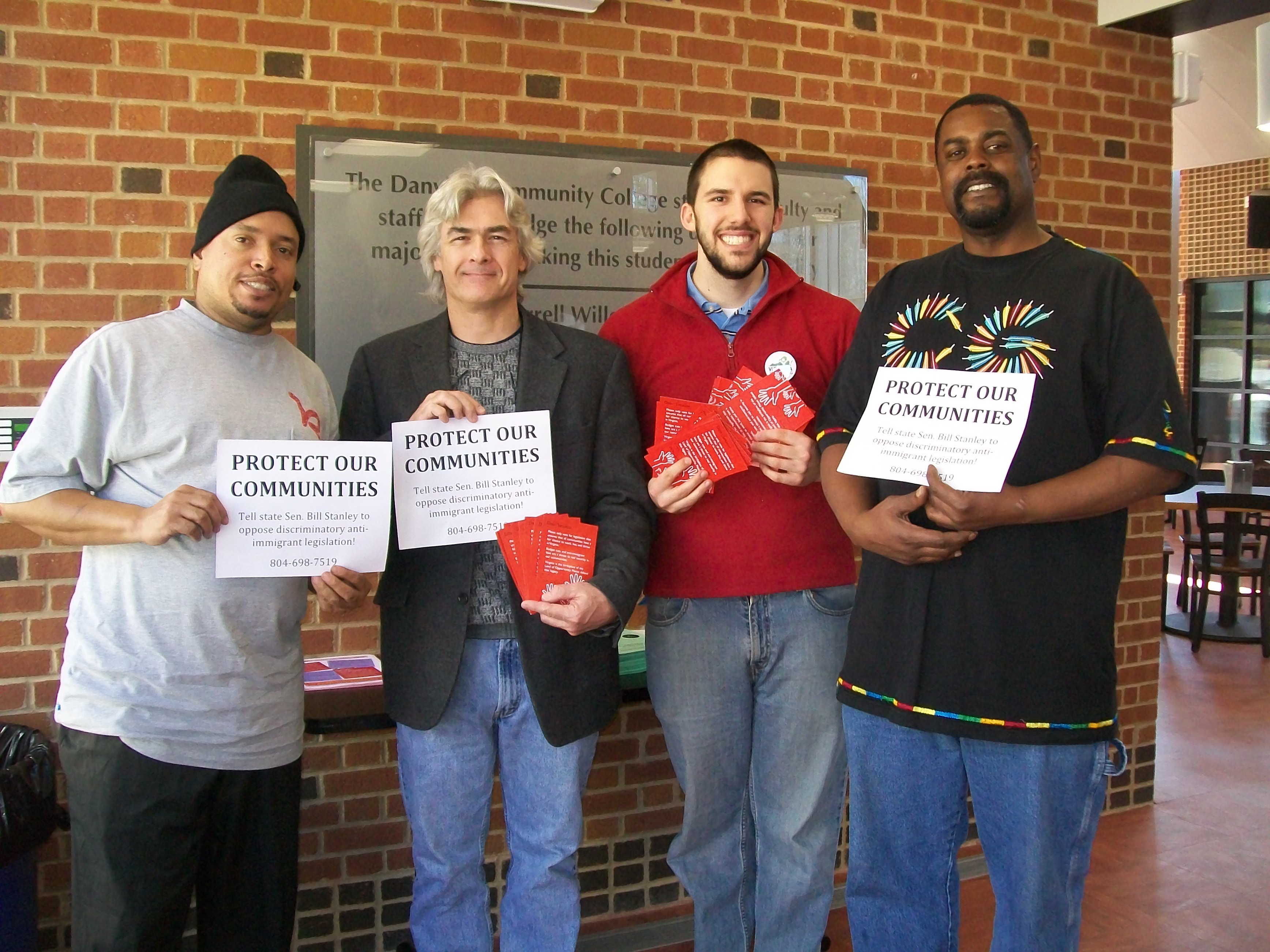 Danville, VA– Danville residents held a campus tabling event collecting dozens of hand written postcards for immigrant rights on Tuesday at Danville Community College. The Danville Chapter of Virginia Organizing joined hundreds of Virginians across the state to oppose a slew of anti-immigrant and anti-democratic legislation in the 2011 Virginia General Assembly. The postcards will be mailed to state Senator Bill Stanley who will vote on key immigration legislation in the coming days.

The Danville Community College event was part of Virginia United for Immigrants Rights, a coalition of community organizations, advocacy groups, and labor unions planning over 10 rallies across the state as a part of their “Week of Action for Progress, Fairness, and Security.” The first of the rallies took place in Alexandria on February 1, and will continue in Danville, Hampton Roads, Harrisonburg and other towns across the state, culminating in Newport News on February 9.

“While anti-immigrant lawmakers from across the state are attacking our communities, our jobs, and our families, we’re coming together to send a clear message to politicians: Virginians deserve fair laws and an equal opportunity to work, live, and thrive in Virginia,” said Sandra Cook, Chairperson of Virginia Organizing.

The coalition has been tracking the 2011 legislation since the summer of last year. Among the many anti-family, anti-immigrant laws up for a vote this year are bills that would require Virginia police to ascertain the immigration status of anyone who is arrested and held in custody. In addition, the group is opposing several of the anti-immigrant education bills that have made it through the House, including legislation that would keep undocumented students from attending universities in Virginia, despite paying full out of state tuition. As part of the week of action, students have held rallies at William and Mary, Mary Washington, Virginia Commonwealth University and Christopher Newport University over the last week.

"DCC students are eager to participate in the campaign against anti-immigration legislation. We should work to make our communities stronger, not tear them apart,” said Danville Chapter Leader Avery Ferguson.