Home » The Issues » Health Care » Hey big insurance, not so fast with the rate hikes!

Hey big insurance, not so fast with the rate hikes! 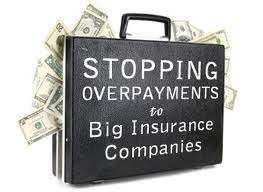 Health insurance premium rate review rules were announced today by the Department of Health and Human Services as part of the Affordable Care Act. The proposed rules would require insurers in all states to justify to the public unreasonable rate increases starting in 2011.  Premium hikes of 10% or more will be publicly announced and thoroughly evaluated to determine whether the increase is reasonable or unreasonable. After 2011, state specific thresholds will be set using data that is specific to each state.  The companies explanation for unreasonable increases will be posted at the HealthCare.Gov website.

Here is a comment from Ethan Rome, executive director of Health Care for America Now (HCAN):
“Consumers won an important victory today over the $800 billion-a-year health insurance industry. These new rules will help stop health insurance companies from ramming unjustified premium rate increases down our throats and basing double-digit rate hikes on phony calculations. The companies have been making out like bandits with massive rate increases that have no relationship to their actual costs. From 1999 to 2009, health insurance companies raised premiums a staggering 131 percent – three times the growth of wages and four times the rate of overall inflation.

"For the first time there are rules to hold the insurance companies accountable for huge rate hikes by shining light on the financial data they claim justifiesdouble-digit rate increases year after year. The days of insurance companies running roughshod over consumers and jacking up our rates whenever they want are over. The new rate review rules represent a key step toward finally ending the insurance companies’ stranglehold on our health care.

“Not surprisingly, the Republicans want to repeal this rate review process and all the other tough consumer protections in the new health care law, such as the ban on denying sick people care. The Republicans care more about the excessive profits of the insurance companies than the health care of America's struggling middle-class families.”