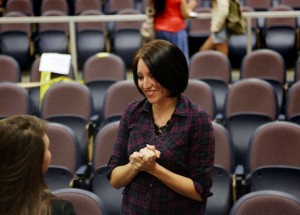 Published in The Virginian-Pilot on November 22, 2014

Local advocates for immigration reform were cheering a day after President Barack Obama announced a strategy to protect 5 million undocumented immigrants from being deported.
The president’s executive orders will keep families together and ensure that thousands in South Hampton Roads can continue to live the American dream, they said.

“I know a lot of kids who aren’t going to school worried that Mom or Dad will be deported today.”

Obama has issued executive orders that would give three-year reprieves from deportation to parents who have lived illegally in the U.S. for five or more years and have children who are citizens or legal residents. He also broadened a directive that grants temporary residency status to immigrants who came here illegally as children.

Despite the rejoicing, the advocates know work is still ahead. Congress could put up a legislative fight, as Republican lawmakers have promised. Suarez said he hopes lawmakers will act quickly and approve legislation similar to Obama’s orders.

Maria Fornella, a team leader focusing on immigration reform with the grassroots group Virginia Organizing, said she was encouraged by the diversity of support for the president’s reforms, from corporations to religious and political groups.

“Not just Latinos and Democrats,” she said.

She said she is happy when she thinks of the people she has worked with whose lives would change with the new orders.

The orders go into effect in six months, though the government could start accepting paperwork in the spring. Suarez plans to offer help with applications at Pentecostals of Norfolk, where he is senior pastor.

The president’s news doesn’t bring much change to Loretto Dalmazzo’s situation, though she, too, is caught up in the immigration debate.

Dalmazzo, 29, whose story was featured in The Pilot in October, was denied residency because she’d previously claimed to be a citizen. She has since received temporary residency status. She came to the U.S. from Ecuador with her parents when she was a teenager. She said Friday she was still researching the new directives.

But she knows they will affect her extended family. Now her brother and his wife, who live in Arizona, can apply for temporary residency status because they have been in the U.S. for longer than five years and have children who are citizens.