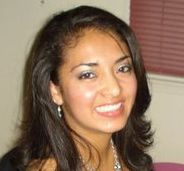 Isabel got involved with the Dream Act through the U.S. Student Association where she met other “dreamers” and was encouraged to become an organizer. “When they asked me to get involved, I hesitated briefly and said, ‘I’m not an organizer. I don’t know even how to do that!’” Yet Isabel managed to garner support from countless Virginians through petitions, marches and vigils and was instrumental in getting the Harrisonburg City Council to unanimously pass a resolution in support of the Dream Act. Isabel began partnering with Virginia Organizing through the efforts of Valley Organizer Emily Riehl and the two found ways to support each other.

Despite the defeat in the Senate, Isabel is proud of the courageous individuals who shared their stories, risking their own immigration status to speak up for what they believe. Isabel is one of the many undocumented works who risked everything to speak up.

“One of my main reasons I started working on this is because have family members and friends who cannot speak up. There are thousands of kids out there who would benefit from the Dream Act. Putting your life at risk by telling your story is not easy, but if we as undocumented youth don’t take our stories to the forefront of the movement, no one will,” said Isabel. “We cannot wait for other organizations to tell us what we do and make this happen. We are tired of waiting.”

Isabel and thousands of other “dreamers” say that this is just the beginning of the fight for the Dream Act and for immigrant rights in general. Isabel heralds the votes of Senators Warner and Webb in favor of the Dream Act and sees their courageous votes as a victory and reason to keep fighting. “Five votes will not stop us and we will continue to fight. We will remember those who voted no and thank those who voted yes. We have created a united immigrant movement that is stronger than ever. This defeat has only ignited our fire. We will continue the fighting while getting more support from organizations like Virginia Organizing to keep moving forward,” said Isabel. “We are not going back in the shadows. We are not criminals and only criminals hide.”