It was a BIG week! 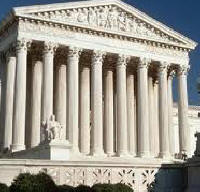 It was also painfully clear that we still have more work to do as the members of the Emanuel African Methodist Church were laid to rest following a horrendous act of racial violence.

While we mourned with our neighbors in Charleston, SC, we also had hope. In the midst of the reminder that we have so much further to go for racial justice, good organizing keeps us moving forward through difficult times.

We are looking for 200 committed social justice leaders who will agree to donate $25 or more each month to help Virginia Organizing expand and organize. Will you be one?

We want to expand the messages of racial justice, economic justice for all, immigration reform, and more to other parts of the state. Will you consider making a monthly donation to Virginia Organizing to help support this work?

If we expand our organizing, we can have more weeks like this past one:

These victories are cause for celebration, but we still need to educate more people about racial injustice, provide Medicaid expansion for up to 400,000 Virginians, and ensure greater access to the polls every Election Day.  And continue to work on local campaigns like hydrofracking, food deserts, racial profiling, public transportation, and more in at least 15 communities across the Commonwealth.

We are excited to report that we just hired two more community organizers — our 13th and 14th — to work in the New River Valley starting this fall.

You can set up a monthly donation by credit card by clicking here. If you’d like to help us avoid credit card fees, contact Sally Bastian at bastian@virginia-organizing.org or 434-984-4655 ext. 229 or download our monthly draft form here and follow the instructions to send in your donation.

Thank you for your commitment to social justice for all people.