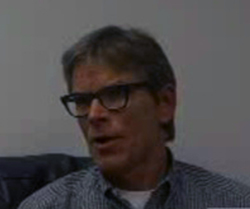 Jim Lindsay helped found the Virginia Organizing Health Care Reform Committee in June of 2008. Jim decided to get involved because he had a couple loved ones navigating the health care maze, one with insurance and one without. Struck by how illogical and unfair the health care system is, Jim decided to take action. Jim has been involved with lobby visits, rallies, media interviews and has written countless letters to the editor.

Jim remains active with the Health Care Reform Committee in calling for Governor Bob McDonnell to include a consumer perspective on the Virginia Health Reform Initiative Advisory Council. Virginia Organizing’s Health Care Reform Committee has been speaking out on the lack of consumer representation through legislative meetings and media outreach. They will also be attending several public comment sessions over the next several months at council working group meetings. Jim will continue fighting for implementation in Virginia, even as the Governor and Attorney General attempt to block health care reform.

“The bottom line is that the current health insurance system in dysfunctional and fixing it is the most critical issue we face today. Through all of the politics and heated debate, it’s easy to lose sight of the fact that people really do suffer grave consequences as a result of inaction. People literally are dying for health care,”said Lindsay.