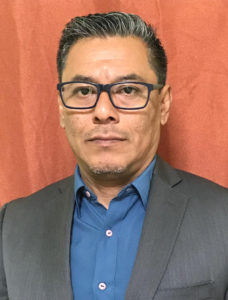 Jorge Mendez joined Virginia Organizing as the Fredericksburg Organizer in June of 2019. He grew up in El Salvador, where he began to work for human rights and political and social rights at the age of 13. It was a time of civil war and deprivation. Jorge began to organize other students to stand up for justice. Later he organized workers, farmers, and other oppressed groups. In 1999 he worked with the United Nations on justice for all the people of El Salvador.

By the time he went to university, Jorge had become a journalist for the sake of social justice and eventually became a professor of journalism. As Jorge says, “Everything I did, I did out of commitment to human rights, and for people’s civil and civic development.”

Jorge emigrated to the United States and settled in Stafford County in 2013. He soon began working as an organizer with the Latinx community in Stafford and Northern Virginia. He worked for immigration reform and for a host of other social justice issues such as raising the minimum wage, access to health care, affordable housing, and driver’s licenses.

Jorge has four children, three of whom live in the Fredericksburg area. Also, he says, “I’m interested in working not only with Latinx but also other people of color and low-income people. I saw that Virginia Organizing was working with all of these groups to change living conditions for everyone.”

“Everything depends on the people,” Jorge adds. “When people want change, we can support them in fighting for it, and we’re going to do that.” Thank you for joining us, Jorge, and for your lifelong commitment to justice for all people.