Home » The Issues » Economic Justice » McWhorter: Taking Cantor Out of His Comfort Zone

McWhorter: Taking Cantor Out of His Comfort Zone 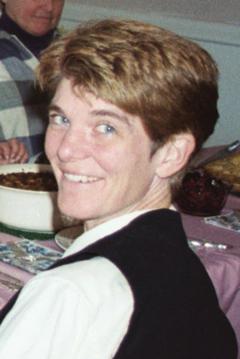 Ladelle McWhorter serves as vice chair of the state governing board of Virginia Organizing. When she is not fighting for social justice with Virginia Organizing, she is the James Thomas Professor in Philosophy at the University of Richmond. She teaches Environmental Studies and Women, Gender, and Sexualities Studies. Del made the following remarks on a 10/27 media tele-conference regarding Rep. Cantor's recent cancellation of his income inequality speech out of fear of the other 99 percent.

I am a board member of Virginia Organizing, a statewide, nonpartisan grassroots organization that works on social and economic justice issues. We have a lot of members who are concerned that Rep. Cantor is not well representing the 7th district or the state of Virginia.

Recently it seems that Rep. Cantor has gone out of his way to embarrass Virginia before the rest of the nation and has become a lightning rod for good reason. He has obstructed the American Jobs Act. His unwillingness to negotiate helped lead to the Standard and Poors credit downgrade. And when natural disaster struck Joplin, Missouri, and his own district twice, he heartlessly announced that we must counter any disaster aid with spending cuts.

Despite recent earthquakes and hurricanes, many Virginians feel that Eric Cantor is the biggest disaster to hit Virginia lately.

Rep. Cantor’s cancellation of his Philadelphia income inequality speech is part of a pattern of behavior that indicates that he is not interested in hearing from the other 99 percent, or working on the one issue almost everyone cares about: jobs.

Rep. Cantor promised to work on jobs just like he promised to speak at the University of Pennsylvania last week. Well, Philadelphia has unfortunately learned what Virginia already knew: Eric Cantor has no problem breaking promises.

Virginia needs jobs and we need all of our representatives in Washington fighting for the unemployed. Virginia has fared better than other states like Pennsylvania, due to our high concentration of government and military jobs. But as massive cuts continue, we find our unemployment rate rising.

I am a professor at the University of Richmond, which is in the middle of Rep. Cantor’s district. There is no question that the number one priority of the graduating students and the community surrounding the university is jobs. Rep. Cantor represents some rural districts as well that have been hit hard by the economic downturn.  Cantor’s constituents need a Jobs Champion in Washington, not a Jobs Obstructer.

Rep. Cantor has spent the last several weeks killing the American Jobs Act, which would create thousands of jobs in Virginia and 2.6 million jobs nationwide. Instead of working on jobs, Cantor is attacking the Occupy Wall Street protesters, restricting women's reproductive rights and working to deny disaster aid to his own district.

And instead of facing his constituents to explain why he is not fighting for jobs, he is scheduling speeches in Philadelphia only to cancel at the last minute because he is scared of the other 99 percent.

Virginia Organizing members traveled 300 miles to Philadelphia last Friday just to see their congressman. Representative Cantor rarely holds public meetings in his district and does not put out a public schedule. The closest thing Rep. Cantor has had to a recent town hall was an invite-only event on August 31, publicized only on the local tea party website.  Hundreds of his constituents showed up anyway and were kept away by the police. It’s clear that Representative Cantor wants to keep his distance from the poor, middle class, unemployed and just about anyone else who doesn’t agree with him.

Rep. Cantor is much more comfortable surrounded by his wealthy donors and corporate CEOs. To move our country forward, we need to take Rep. Cantor out of his comfort zone and make him listen to the struggles of the other 99 percent, so that he can start doing his job in Congress and truly representing the people of Virginia’s 7th District.