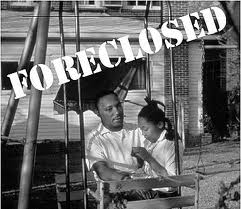 Crossposted on Take Me Home Virginia

A mortgage company from Midlothian VA has recently settled with the U.S. Justice Department because of discriminatory mortgage practices:

This is not an isolated incident. There is a long history of racial discrimination in the mortgage-lending industry.  As laws began to address discrimination in the United States, mortgage discrimination evolved from denying minority homeowners loans to granting them mortgage loans at much higher rates than similarly situated white homeowners. This does not mean the mortgage industry is trying to be prejudiced, but it means that we must make sure that everyone has equal access to our free market economy.

In a recent article, Robert Schwemm and Jeffrey Taren explore discretionary pricing and mortgage discrimination against minority homeowners. Below I summarize some of the main points from their paper.

It is undisputed that many different studies show minority homeowners are more likely to receive mortgage loans at higher interest rates or loans that resemble sub-prime mortgages than their white counterparts. This is true even when controlling for other relevant factors. On its own, this data is not enough to prove racial discrimination in modern mortgages and discretionary pricing.

These are also known as “overages”. A long standing practice in the mortgage industry, overages come at the expense of the homeowner/borrower. This practice of discretionary pricing or “overages” has cost minority homeowners billions in extra payments over the past ten years. When the housing crisis hit, this extra cost continued to hurt minority homeowners by pushing more of them into foreclosure compared to whites. The result: recent gains in minority home ownership have not only been reversed, but set back significantly.

The earlier mentioned case involving C&F Mortgage from Midlothian VA is an example that hits too close to home. We cannot assume that because we live in the 21st Century, that issues of racial and ethnic inequality do not exist. According to the U.S. Justice Department:

C&F then gave its employees wide discretion to charge borrowers more (overages) or less (underages) than the par rate without having in place objective criteria for setting the overages and underages.   Prior to 2010, C&F also did not require employees to document the reasons for charging overages or providing underages to borrowers, did not monitor whether these overages and underages resulted in discrimination based on race or national origin, and did not offer detailed fair lending training to its employees.

Some of Schwemm and Taren’s analysis was based on a 2000 study on mortgage discrimination released by the Urban Institute.  The Urban Institute pointed towards studies showing minority homeowners were charged more in overages than white homeowners on average and this dramatic disparate impact showed discrimination. While discretionary pricing policies were not discriminatory on their face, in practice minorities paid more in overages. There are many other lending practices that have dramatic discriminatory outcomes. One example is predatory car-title lending. These predatory lending institutions often target African Americans or African American neighborhoods.

This is a guest post by Amy Weiss. Amy is originally from Richmond, Virginia and is a third year law student at the University of Richmond.  She graduated from the College of William and Mary in 2007 where she studied history and anthropology.