Medicaid Expansion Is Right For Virginia 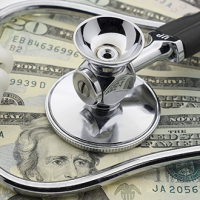 Virginia is one of the richest states in the nation but one of the stingiest in providing health coverage for the poor. Owing to its restrictive eligibility standards, it ranks 48th among states in per capita spending for Medicaid, the federally subsidized health program for the poor and disabled, according to the Virginia Health Care Foundation. About a million people — almost one in eight adult Virginians — lack health insurance.

Gov. Terry McAuliffe (D) won election in November on a promise to expand Medicaid under the Affordable Care Act, which would extend coverage to as many as 400,000 uninsured Virginians. The state’s Chamber of Commerce supports the expansion, which it sees as providing a major economic lift; hospitals, hurting from the loss of federal funds for treating the uninsured, are desperate for it. Elsewhere around the country, about half the states, including eight with Republican governors, have opted to accept Medicaid expansion, whose cost would be borne entirely by the federal government for the first three years. States then would assume a small share of the cost, gradually rising to a maximum of 10 percent in 2021.

Republicans who control the House of Delegates in Richmond are opposed, but they are not offering a viable alternative. Putting aside Republicans’ reflexive determination to oppose the Obama administration’s signature policy, their opposition stems from the conviction that expansion would stick the state with an unaffordable bill. The concern is that Washington will renege on its promise to pay 90 percent of the cost of expansion after 2021 and that even 10 percent of expansion’s cost would constitute an unacceptable burden.

It is fair to worry about the federal government’s ability to shoulder the cost of any major entitlement program. However, the same could be said of virtually any federal program that assists the states; some future Congress could always change the law. Weighed against the benefits of Medicaid expansion for Virginia, the worries are unpersuasive.

In addition to better health care for the uninsured, those benefits include $14.6 billion in federal Medicaid funds between now and 2022. That money would go to hospitals and others in the health-care industry, an infusion of cash that could generate an estimated 30,000 jobs. Since Virginians will be paying into the system that supports Medicaid expansion, they should reap the benefits. By blocking the expansion, Republicans would be shortchanging their constituents.

As for the long-term impact on Virginia’s budget, the facts do not support Republicans’ dire warnings. Over the nine years ending in 2022, the expansion would cause Virginia’s spending on Medicaid to rise by 2.6 percent, according to a study by the Kaiser Family Foundation. Factor in savings to the state over the same period (from not having to pay emergency health costs for the uninsured), and the increase is only 1.8 percent. Weighed against Virginia’s overall general-fund budget, the net impact of Medicaid expansion would nudge up state spending by just 0.4 percent over the period ending in 2022.

That’s not nothing, but it’s a bargain considering the upside — extending health coverage to hundreds of thousands of poor and disabled Virginians. Republicans in Richmond, who have advanced no competing plan to provide quality health care for those people, should consider whether leaving available federal funds on the table really advances the interests of Virginians.