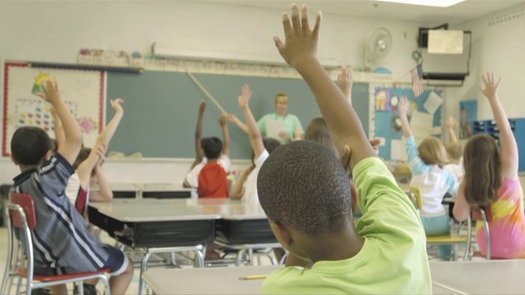 Full article can be found by clicking here.

RICHMOND, Va. – Although Virginia is considered one of the wealthiest states in the nation, it also has seen an increase in the percentage of kids living in poverty.

A new report from the Annie E. Casey Foundation reveals that one in three Virginia children age 8 and younger is growing up in a low-income household. Emily Griffey, senior policy analyst for Voices for Virginia's Children, said most of them don't have access to preschool and are not prepared for kindergarten.

"We think that further investments in early childhood will help all children in Virginia catch up and be ready for school, ready to learn," she said.She said she also hopes Virginia's new governor and Legislature will make early childhood education a top priority."I think we're at a turning point, and we're envisioning that there can be bipartisan suppport for this issue," she said. "That is the Virginia way, and we hope to continue to demonstrate that."A bipartisan group of lawmakers is introducing legislation on Capitol Hill today that would dramatically expand access to preschool nationwide. Griffey said such efforts are critical for lifting children out of poverty.According to the Casey Foundation report, about 341,000 children ages 8 and younger live in low-income Virginia households, compared with 288,000 in 2005.