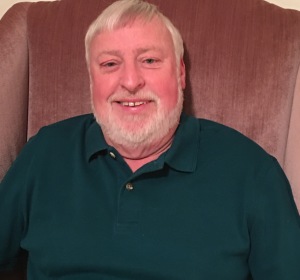 Neal Mullins did not know much about natural gas hydrofracking three years ago and he had never heard of Virginia Organizing. After purchasing some land and seeing signs about potential fracking in the area, he decided to attend a Board of Supervisors meeting in Washington County where he met members of Virginia Organizing. After that meeting, he wanted to learn everything he could about this issue.

Neal started coming to Virginia Organizing meetings and learned more about the local and statewide issues the Chapter was working on.

“I’m not political, but I am really concerned with the quality of our water and what we leave our kids,” said Neal.

Neal took action in his community by attending local protests, writing letters to the editor, and meeting with supervisors to discuss this issue. Since the Board of Supervisors opted to allow hydrofracking, Neal and others have committed to testing water for people to get a baseline measure of contaminants in case fracking begins in the area.

“I’ve been in meetings with our state delegate and members of the media,” said Neal. “It is nice to have an organization that helps people know what’s going on and gets us involved in our community.”

Neal’s passion for his community shows in his willingness to fight for a better future for all Southwest Virginians.

Thank you, Neal, for all your hard work!