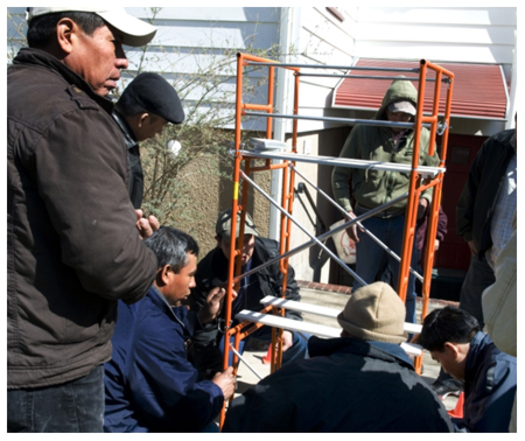 RICHMOND, Va. – Providing a pathway to citizenship for undocumented immigrants could increase jobs and incomes in Virginia, according to a new state-by-state analysis.The nonpartisan Regional Economic Models Inc. examined the potential impact of the immigration-reform legislation that recently passed the U.S. Senate, and found a positive effect in Virginia.If undocumented immigrants in Virginia get legal status, said Eli Schecker, an economic consultant at the firm, it will boost productivity in the state, add at least 10,000 more jobs and increase per-capita income by $146 by 2020."Increased productivity means increased competitiveness, it means increased production, it means increased jobs for everyone," Schecker said, "so you have a tide that raises all boats."A pathway to legal status for undocumented immigrants would boost jobs in Virginia mostly in the construction, health-care and retail industries, he said, adding that a positive impact on the local economy would be felt by every person currently here who is brought into legal status."In Virginia and in Maryland, we have that for every person that enrolls in this path to legal status, you'll have increases in more than $1,000 to GDP by 2014," he said.House Speaker John Boehner has pledged not to bring the Senate bill to a vote. Instead, Reps. Eric Cantor and Bob Goodlatte, both R-Va., are crafting legislation that would boost border security and offer citizenship to certain immigrants brought here as children.The report is online at remi.com/immigration-report.