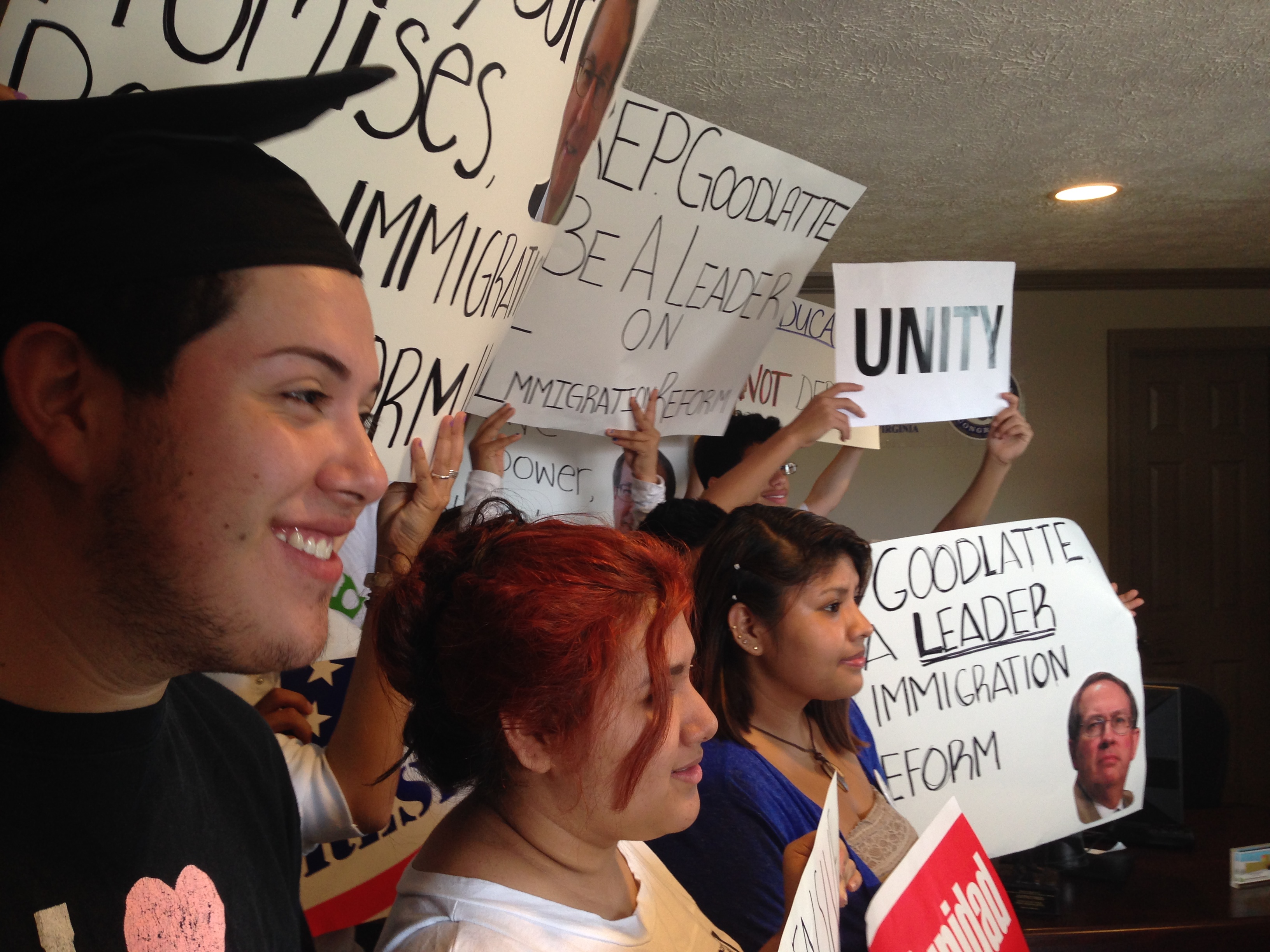 Posted on August 9 by the New York Times Editorial Board

Sometime in late summer, if predictions are right, President Obama will use his executive authority to protect many unauthorized immigrants from deportation.

We don’t know the details. Mr. Obama and the Department of Homeland Security have not yet supplied the who, what, when or even, officially, whether. But Mr. Obama has promised to respond to Congress’s refusal to act on immigration reform. And the most obvious thing is to lift the threat of deportation from immigrants who should be the lowest priority for removal: those with citizen children, jobs, clean records and strong community ties. Some reports put the size of that group at four million to five million.

The mere possibility of Mr. Obama’s protecting any of the 11 million immigrants living here outside the law is already making Republicans clutch at their chests and cry out: Oh, the legality! He has done nothing yet, but right-wingers have pre-emptively declared him Caesar, crossing a Rubicon into lawlessness.

In truth, Mr. Obama is well within his authority to madden the right. His power to conduct immigration policy is vast. Congress has given the president broad flexibility and discretion to enforce immigration law. It has also given him the resources to deport about 350,000 to 400,000 people a year, as Mr. Obama has done, relentlessly. It could have given him billions more to deport everyone, but it has not.

For Mr. Obama to use the tools at hand to focus on high-priority targets — felons, violent criminals, public-safety and national-security threats — and to let many others alone would be a rational and entirely lawful exercise of discretion. It is the kind of thing prosecutors, police and other law-enforcement and regulatory agencies do every day. And with the authority to defer deportations of certain immigrants comes the authority, clearly spelled out in federal statute, to give them permission to work.

Despite the shrill alarms, deferring deportation is not the dreaded “amnesty” that Republicans made a dirty word. It is temporary and revocable. It is not legalization; it is not a path to citizenship; and it permanently fixes nothing.

But there is clearly a value to a program, however limited, that tells the enshadowed population: Come out, give us your names; keep working and paying taxes, supporting your families and staying off the dole.

And the national interest goes well beyond such practical benefits. Consider the cost, in lawlessness and squandered resources, of indiscriminate immigration enforcement. The wastefulness of chasing millions who pose no threat but keep the economy afloat. The crime and exploitation that flourish wherever the undocumented remain hidden and vulnerable. The rampant wage-and-hour violations that off-the-books workers endure in silence. The civil-rights abuses when cops commit racial profiling, when racist sheriffs stage “crime suppression” patrols to sweep up those with brown skin. The cost to all workers when unscrupulous employers push pay and working conditions to rock-bottom levels. The ripe conditions for crime in communities where vulnerable immigrants fear and avoid the police.

The country understands this, and was once moving toward an overhaul of the immigration system. But Congress has failed at every turn. Even a small-scale idea — legalizing “Dreamers” who were brought here as children and are Americans in all but name — has been repeatedly stymied by the nativist right.

Pressured by those young strivers, Mr. Obama used his authority in 2012 to allow them a two-year reprieve to stay legally and work. Now the president is poised to expand this shield — possibly to the Dreamers’ parents, siblings, grandparents and perhaps millions of others.

If Mr. Obama acts, as he should, and the right wing explodes, it will be worth taking time to consider what Senator Jeff Sessions, Representative Steve King and their hard-core colleagues and allies would have Mr. Obama do. For them, the right number of unauthorized immigrants to welcome is zero; the right time is never. They would let the system rot in place, to maintain the fiction that the country can deport its way to lawfulness. Their dishonesty is repellent, as is their blindness to the lawless status quo, and to the cruelty of denying the hopes of millions whose labor is welcomed but whose humanity is not.

Mr. Obama’s critics in Congress belong to a branch of government that has chosen to do nothing constructive about immigration — not even to resolve this summer’s crisis of migrant children at the border, which they looked at and punted on, before going on vacation. This is, after all, an election year. They have abandoned a difficult job to the care of Mr. Obama. They are in no position to complain when he does it.