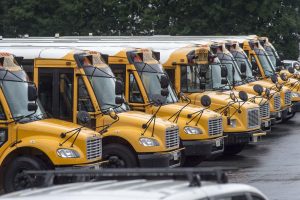 Rachel Mahoney of the Lynchburg News & Advance reports that the Equity Task Force of the Lynchburg Public Schools supports Virginia Organizing’s demand that the volunteer policy be revised so that returning citizens are able to help out in their children’s classrooms. Thanks to chapter leader Pastor Reason Chandler for his work on this issue.

Reason Chandler, an appointed member of the Equity Task Force who presented Tuesday, said 34 people were denied the ability to volunteer last year because of their record, and fellow member Jennifer Woofter pointed out that number doesn’t account for any who might not have tried to volunteer because of the policy.

A majority of those 34 people were African American, Chandler said, and a majority were men.