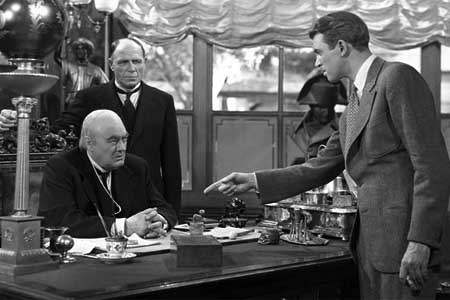 The 1946 film "It's a Wonderful life," which starred Jimmy Stewart, has become an American Christmas classic. For hundreds of Virginians, one of the film's lessons is just as relevant today as it was over 60 years ago.

That lesson, says Ann Williams of Virginia Beach, is to support small community banks and credit unions. She is part of a growing movement of people fed up with what they see as the unfair practices of big banks, represented by Mr. Potter in the film. Williams says the big banks have simply become too powerful and unaccountable.

"By transferring my own personal resources, however minute they may be, if enough people do that, then we can begin to take our own resources back into our own hands at the local level."

Williams is part of a movement called "Move our Money USA," which has local support through Virginia Organizing and has scheduled divesting events throughout Virginia in the coming weeks. The national effort hopes to get Americans to move $1 billion out of big banks. So far, according to the Move our Money USA website, almost $57 million has been shifted from big banks to smaller operations.

Williams moved her money to a credit union because she became dissatisfied with the number of home foreclosures, and says big banks aren't lending to the "little guy."

"I don't personally want to continue to do business with an organization that is involved with so much distress for so many people."

More information is online at moveourmoneyusa.org.