Ohio Governor Comes Out in Support of Medicaid Expansion 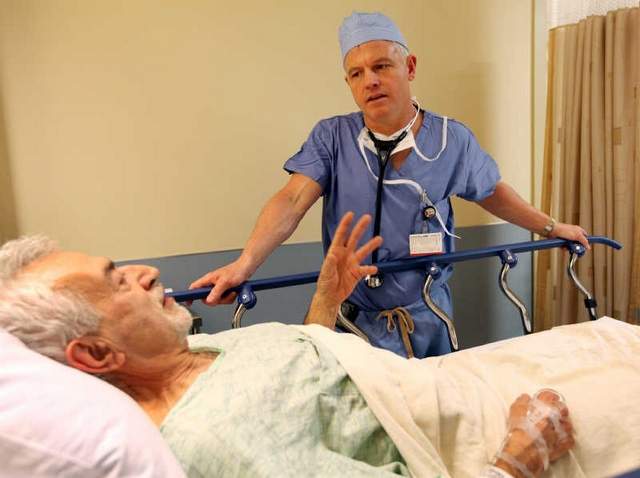 Conservative groups wanted to stop the march of Obamacare expansion at ground zero: the states.

But one of their best hopes just caved.

John Kasich, the fiercely conservative governor of Ohio, announced Monday that he’s going to expand Medicaid dramatically using federal money — a 180-degree turn from what conservative groups swore their allies in governors’ mansions would do when the Supreme Court gave them an out last year.

That leaves Kasich, who built his political identity arguing for smaller government, at odds with the same movement conservatives who propelled him to victory in Ohio and have eyed him for a presidential run in 2016.

“I think it’s definitely going to weaken him with the conservative base,” said Chris Littleton, the Ohio director for American Majority Action. “It’s not a good idea to expand your No. 1 budget item in the middle of this kind of instability. The conservative grass roots and average voters are not going to support this in any way, shape or form.”

Tea party groups gave the decision a big thumbs down, a rare moment when they’ve been at odds with Kasich.

“Medicaid is a broken, costly system that needs meaningful reform; expanding the system to include another 365,000 individuals is exactly the wrong policy for Ohio families,” said Nicole Kaeding, state policy manager for Americans for Prosperity. “Instead of trapping families in a system that doesn’t work, Gov. Kasich should devote his efforts and activities to forcing Columbus and Washington to pass badly needed reforms.”

Kasich’s not alone. He’s joining four other Republican governors in accepting the expansion, though they’re still outnumbered by the nine GOP governors who are refusing to do it — including Bobby Jindal of Louisiana and Rick Perry of Texas — and others who are leaning against it.

And now that Kasich has taken the plunge, some of Obamacare’s supporters hope others will follow. Topher Spiro of the liberal Center for American Progress says Kasich’s decision should be “influential” with other GOP governors.

But Ohio tea party activists are frustrated to see another Republican governor — especially one with Kasich’s reputation — embracing what they see as just another government solution to a problem.

“How can that be good for Ohio to have more people dependent on government?” asked Ted Stevenot, president of the Ohio Liberty Coalition. “How can it be good for us politically, economically? I just don’t see it.”

Kasich says the decision will free up money to spend on mental health and other services — since the feds will pay for most of the expansion costs — and will keep everyone else’s health insurance premiums down because there won’t be so many uninsured people going to emergency rooms for their medical care.

He’ll get a ton of money to do it — the federal government will pick up all of the costs of the newly eligible people for the first three years, and then slowly scale that back to 90 percent of the costs.

Kasich also said he had gotten assurances from White House senior adviser Valerie Jarrett that the Obama administration might be willing to give Ohio some special flexibility for doing the Medicaid expansion, like letting the newly insured people get their coverage through the law’s health insurance exchange rather than through Medicaid.

And local health care and business leaders have been pushing Kasich to do it. They say Ohio will save money in the long run and that it makes business sense to do it so community hospitals aren’t forced to close.

Kasich seemed to buy that argument, saying rural hospitals could have faced “financial chaos” if he had refused to expand Medicaid because they no longer would get enough funds to cover the cost of treating uninsured patients.