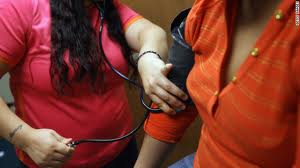 By Dr. Chris Lillis
http://www.drsforamerica.org/blog/one-tuesday-two-healthcare-systems
Last week was a typical busy week for me.  As a primary care doctor I typically see 20-25 patients a day in my private practice.  My community is gearing up for changes and is planning measures to integrate the many private practices locally.  I was asked to serve on a committee evaluating software solutions to connect the disparate electronic medical records in the community, and had several hours of meetings at the hospital at the beginning of the week.  Also on the calendar was my monthly shift at the local free clinic.  I have volunteered at the free clinic for the 5 years I have been practicing here.  I sometimes have trouble finding the energy to put in a few hours there on a Tuesday or Thursday night, but I always leave glad that I did.

Last Tuesday at the free clinic was especially poignant for me.

Aside from starting my day with early morning hospital IT meetings and seeing patients in my office, I returned to the hospital Tuesday evening to visit a family member who had been admitted with heart disease.  My family member had state of the art care from her cardiologist, coordinated through her excellent primary care physician.  After experiencing chest pains, my family member had a stress test as an outpatient.  That stress test was abnormal, and within 24 hours had seen a cardiologist, and within days had a cardiac catheterization showing a blockage in one of the heart arteries.  Without missing a beat, that blockage underwent angioplasty and stenting, rendering my family member chest pain free.  I was able to visit my family member after the stent while recovering overnight in the hospital last Tuesday night.

It’s hard to appreciate as a lay person all that went into this seamless episode of care.  From the primary care visit, to the testing, interpretation, and consultation with a specialist finally culminating in a highly specialized procedure there were no gaps in care.  My family member has Medicare, and had the assurance that whatever was medically necessary would be completed by the best our healthcare system has to offer.

After spending some time with my family at the hospital, I ventured across the street to the free clinic.  Initially, many of the patients I was seeing at the free clinic were doing rather well.  I refilled some medications, prescribed some new ones for acute symptoms, provided referrals to needed specialists, and was able to engage in some preventive care for the first several patients I saw last Tuesday night.  But my last patient of the night at the free clinic was far from routine.

My last patient was in his early 50s.  He was very thin – an unhealthy appearing thin.  He had worked in construction his entire life, and fell on hard times when our area’s housing boom burst a few years ago.  He seemed very confused.  He told me he was in the hospital, but there were no records in his chart to this effect.  He could not tell me why he had been in the hospital, or what medical condition prompted his hospital stay.

From there, the clinic director and I turned from medical providers to detectives.  We investigated the hospital’s electronic medical records from across the street only to find he had not had an encounter there in several years.  A new hospital opened a few years ago about 5 miles south of the free clinic, so we decided to call them (we don’t have electronic access to their records at the free clinic).  It took several phone calls to a number of departments to solve the mystery: it was 9PM and the medical records department was closed.  After calling the Emergency Room, I found a helpful nurse who was able to read to me some of the results of his visit 2 weeks prior.  He had several abnormal tests.

Despite staying for several days in the hospital, there were more questions than answers regarding his condition.  He had reduced blood counts, which could be from any number of causes.  The scant information we were able to obtain Tuesday night did not give us many clues.  He has findings on radiology imaging suggesting he had prior exposure and toxicity from asbestos – no doubt from his years in construction.  But more worrisome than either of these was his confusion.  He thankfully was not homeless, but lives with family.

I left the clinic after spending one hour trying to investigate his prior care and determining where next to go.  As a patient of the free clinic, every test and every referral needs to be carefully weighed.  What tests should I order without exhausting the limited resources of the clinic?  Who will follow up those test results?  The next physician he is likely to see will be another volunteer like me unfamiliar with his care.

After some deliberation, I ordered some blood tests and asked that the complete records of his hospitalization be sent to the free clinic.  I flagged his chart for the medical director of the free clinic so that there would be some continuity to his care.  The glaring difference in his care, compared to that of my family member, leaves me worried about his future health.  He is one of the 400,000 Virginians who would benefit from the expansion of Medicaid, and gaining this coverage would allow him to access primary care services rather than rely on the charity of the free clinic.  Having a primary care doctor would allow for the same coordination of care that my patients, and my family depend on during episodes of illness.  Having Medicaid coverage, and primary care, would also save our local health systems countless dollars – rather than duplicating tests and procedures that may be performed just 5 miles down the road since a primary care doctor could keep track of his diagnostic work up.

Alas, Virginia has not yet accepted the billions of dollars allocated to our Commonwealth to expand Medicaid as prescribed in the Affordable Care Act.  As many as two thirds of Americans will not benefit from the life saving access to care afforded through expansion of Medicaid if states like Virginia, Texas, and Florida stand in the way of progress.  I only wish those legislators blocking Medicaid expansion had the opportunity to tag along with me last Tuesday.