Home » The Issues » Economic Justice » Our view: No refunds for you, bud

Our view: No refunds for you, bud 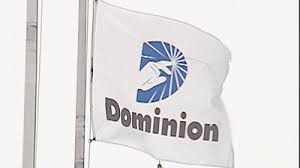 After 10 long years of war, the people of besieged Troy looked out over the walls one morning to find the Greek army gone. Instead, there was only a wooden horse — the horse being their city’s symbol.

Surely, the Trojans concluded, this was a sign that the Greeks had finally come to their senses and quit the war, with the wooden horse left as a kind of tribute to their foe, or at least the gods.

Naturally, the Trojans were only too happy to wheel the wooden horse into their city to celebrate their “triumph.”

Well, we know how that turned out. (If you don’t, then we can happily recommend the accounts of Virgil or Homer. Or even the movie with Brad Pitt and Orlando Bloom, for that matter.)

Aside from fostering an interest in the classics, the contemporary point is this: Should we trust the deal that the state’s biggest energy company has offered to the General Assembly? Or is it simply a Trojan Horse?

Dominion Resources will guarantee not to raise base rates for consumers (which account for about half the bill) until 2020.

In return, the General Assembly would make regulators give up some of their oversight of the utility — which means the regulators would not be able to order Dominion to issue refunds if it found the company had inadvertently overcharged consumers.

There are a lot of other details in the bill, but those are the basic highlights.
Dominion has framed this in the context of seeking economic stability at a time when the Environmental Protection Agency is busy issuing regulations to cut back on carbon emissions — which means Dominion might need to close some coal-fired plants and build other forms of energy production, and all that costs money.

Basically, Dominion is saying: We’ll guarantee your rates won’t go up much (again, that base rate freeze doesn’t account for the whole bill) and we’ll eat the cost of complying with environmental regulations the next few years, as look as you don’t make us give refunds if we overcharge people.

Supporters say, hmm, that sounds reasonable. Critics say, wait a minute, this sounds like you know you’re probably overcharging people already, so of course you want to trick people into locking in those rates, because you know you have a secret plan to comply with the new regs and still make an obscene amount of money. After all, the last time the state regulators at the State Corporation Commission took a look, Dominion was on track to overcharge customers by $280 million in 2014.

Until now, this hasn’t really affected this end of the state, because most of our power comes from Appalachian Power. Now, legislators have tacked Appalachian onto the bill, as well.

The immediate impact for Appalachian customers: Even the company president says you’re probably entitled to a refund soon, come the next rate review in 2016. But this bill would cancel or at least delay that refund until 2020 because it would put off the company’s next rate review until then.

Now that gets our attention — and likely yours, too.

You’d think it might get the attention of our state legislators, as well, if not on the merits, then because of the possibility that if they vote for it, come re-election time, their opponent could rightly claim: “Delegate Flugelhorn voted to cancel your refund; now it’s time to cancel Delegate Flugelhorn.”

Except, oh, that’s right, we forgot: Because of gerrymandering, most legislators won’t face any real competition.

They do, however, get lots of money from the utilities. Dominion is typically the biggest campaign contributor in the state — giving out $800,000 in the most recent cycle, along with $52,000 for lobbying, i.e, the wining and dining of legislators.
One is tempted to say that the bill’s sponsor, state Sen. Frank Wagner, R-Virginia Beach, ought to be more properly styled as R-Dominion Resources. (Some of you may recognize him as the same legislator who sponsored the bill that gives natural gas companies the right to walk over your land to survey for a pipeline even before the “public need” is established.) Wagner also owned $10,000 to $50,000 worth of Dominion stock until last week; he sold it, he said, so it wouldn’t look like he would benefit from the legislation. Some wish he’d have kept his stock and gotten rid of the bill.

Don’t just blame Wagner, though. Now Gov. Terry McAuliffe, a Democrat, has gotten onboard, doing some deal-making of his own to extract a few concessions to promote his agenda.

The result is a bill carefully crafted to appeal to a broad coalition of interests; Dominion is not run by fools.

The utility cleverly offers to accept more regulation from the State Corporation Commission on one matter — yes, more! It now wants the SCC to take on the job of telling utilities whether they can close certain power plants. The impact: Going through the paperwork to get that approval might slow down the closing of some coal-fired facilities, so appeals to pro-coal legislators. It might also politicize the process, which wouldn’t be a bad thing for coal interests, either.

For those who want renewables instead, lo, there’s now a provision to require Dominion to build more solar power. Dominion will also start a company-financed assistance program for low-income, disabled and elderly customers. Why, there’s something for everybody! What legislator could vote against all that?

State Sen. Chap Petersen, D-Fairfax, did. He voiced an opinion practically unheard of in Richmond: Why, he asked, are legislators suddenly more qualified to regulate the utilities than the actual regulators on the SCC? (Cynical answer: Because Dominion gave the legislators more than $800,000, that’s why.)

Is this bill a good idea? We can’t say. We’re not experts on running utilities, or the costs of generating energy, or complying with federal regulations, or all the rest. Neither are the members of the General Assembly, either, although that didn’t stop the state Senate from voting 32-6 to let the utilities have their way and the House of Delegates from fast-tracking the bill through committee.

In the end, this comes down to a matter of trust: Do you trust the power company (and the politicians in their pocket)? You might want to ask King Priam of Troy how that trust thing worked out for him. He didn’t get a refund, either.