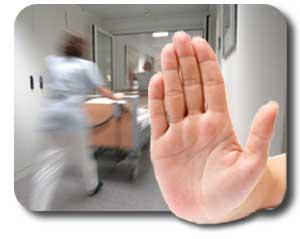 Judge Henry Hudson ruled that the Constitution’s commerce clause gives Congress the power to regulate economic activity, but not to regulate economic inactivity. This is not the final verdict by any means.  “As you well know, this is only one brief stop on the way to the U.S. Supreme Court,” Hudson said during oral arguments. His ruling is certain to be heard by the 4th Circuit U.S. Court of Appeals and may eventually make it to the Supreme Court.

This leaves a lot of questions unanswered. We wanted to take a moment to answer some of the questions you may have about this decision. If you have further questions, please contact: Brian Johns.

How can I take action?

Since passage of the Patient Protection and Affordable Care Act, Virginia Organizing has been educating the public on what the national health care law will mean for Virginians. Please click here to learn about how the health care law helps you and spread the word!

Then call Governor Bob McDonnell and let him know that you disagree with this ruling and you want his office to focus on implementing, not blocking, the Affordable Care Act.

Why is Monday’s decision unique?

To date, fourteen judges have heard challenges to the Affordable Care Act and all have dismissed these meritless cases. Two weeks ago U.S. District Judge Norman Moon in Lynchburg dismissed the Liberty University case against the Affordable Care Act, concluding that Congress “acted in accordance with its Constitutionally delegated powers under the Commerce Clause when it passed the employer and individual coverage provisions.”

There are currently twenty-four cases pending all over the U.S., all of which are given the same weight in the eyes of the law. Virginia has received a lot of media attention because Attorney General Cuccinelli’s lawsuit was the first filed and our legislature was the first to pass legislation opposing the “mandate.” We have also received more attention because our Attorney General spends more time trying to get on cable news than he does protecting Virginia’s consumers. Ultimately, Virginia’s lawsuit carries that same weight as the other states and no more. Click here for more information on health care lawsuits across the nation.

What does this mean for implementation of the health care law in Virginia right now?

This decision will have no immediate impact on implementation. Judge Hudson’s decision only relates to the personal responsibility provision, which will not go into effect until 2014. Judge Hudson rejected Virginia Attorney General Ken Cuccinelli’s attempt to strike down the Affordable Care Act by denying the request for an injunction against implementing the health care law in Virginia. Virginia still must implement and comply with all provisions of the health care law, unless the Supreme Court were to decide that it was unconstitutional.

Who is Judge Henry Hudson?  Does he have connections to Attorney General Cuccinelli?

Judge Henry Hudson was appointed to the bench by George W. Bush. According to the Huffington Post and others first noted last July, “Hudson's annual financial disclosures show that he owns a sizable chunk of Campaign Solutions, Inc., a Republican consulting firm that worked this election cycle for John Boehner, Michele Bachmann, John McCain, and a whole host of other GOP candidates who've placed the purported unconstitutionality of health care reform at the center of their political platforms. Since 2003, according to the disclosures, Hudson has earned between $32,000 and $108,000 in dividends from his shares in the firm (federal rules only require judges to report ranges of income).”

Where does the Governor stand on this decision?

According to his news release:

“I am pleased by today’s ruling…The Attorney General has undertaken his duty with intellect, determination and a focus on ensuring that the Constitution and individual liberties are respected and upheld. I congratulate him and his excellent litigation team for today’s positive decision.”

Why is the so-called “mandate” important?

Without the individual-responsibility provisions, some people may not buy insurance until they are sick, and that will make everyone else’s premiums continue to soar. It already costs every insured family $1,000 a year in higher premiums to help pay the medical bills of the uninsured – an invisible tax worth more than $60 billion a year. We need everyone to take responsibility to make our health care system better. Without the insurance requirement, the country will have 16 million additional uninsured people in 2019, making the burden of uncompensated care even greater on the 83 percent of Americans who have coverage.

What would we lose if health care were repealed?

·             Members of Congress won’t be required to get the same coverage as millions of Americans.

·             There would be no relief from rising drug costs for seniors who fall into the Medicare prescription drug coverage donut hole.