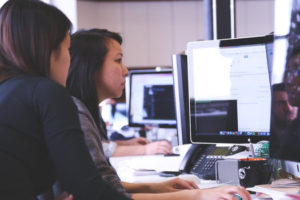 A new report says the wage gap persists between women and men doing the same work, and it’s costing Virginia women an average of $6,700 a year. (Pexels)

RICHMOND, Va. – How many moms asked for equal pay for Mother’s Day?

In a new report, the Institute for Women’s Policy Research compared incomes of women and men of the same ages and education levels, working the same number of hours.

It found Virginia women would see their average earnings increase about $6,700 dollars a year if paid the same as men.

And, since women are now breadwinners in half of American families with young children, the report says 26 million children across the U.S. also would benefit from their moms making more.

So, study director Jessica Milli says closing the gender wage gap is much more than a women’s issue.

“The additional income that equal pay would add to family incomes would reduce the poverty rate among children by nearly half, and so that was also a really striking finding from our analysis,” she states.

The report says closing the pay gap also would reduce the poverty rate in Virginia by more than half – from 5.6 percent to 2.2 percent – and add almost $14 billion annually to the state’s economy.

Now, on average, a woman would have to work 10 years longer than a man to close the pay gap.

She says states and Congress could do more to modernize pay-related laws.

“Legislation that prohibits employers from asking potential new hires for their salary histories when they’re thinking about making an offer to them would have a huge impact on pay equality between men and women,” she states.

For now, women earn about 80 cents for every dollar a man makes, which translates to a loss that tops $415,000 dollars over a 40-year career.