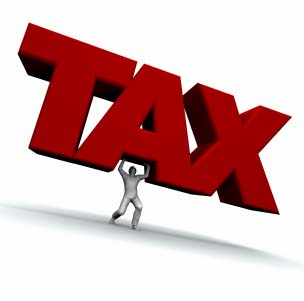 The Bush tax cuts and President Obama’s expansions of certain parts of those cuts are set to expire at the end of 2010. The decisions Congress makes in the coming months will have very different effects on Virginians at different income levels, according to the report.

“The complete extension of the Bush tax cuts would only add insult to injury for Virginians already suffering from the state budget cuts. Bush’s tax cuts were a policy mistake that comforted the very wealthy at the expense of public investment, consumer confidence, job creation and stable money markets,” said David Shreve, member of the Virginia Organizing Project Tax Reform Committee.

President Obama and Congressional Republicans agree that the tax cuts enacted under President Bush should be made permanent for 98 percent of taxpayers. But beyond this, they have mapped out dramatically different approaches:

1. Extending the Bush tax cuts for the richest two percent of taxpayers

As a result, the richest Virginians would pay far less under the Republican approach because they would continue to benefit from the Bush income tax cuts and estate tax repeal.

At the insistence of moderate Democrats in Congress, the Bush tax cuts enacted in 2001 included some provisions that help low- and middle-income families, and these relate to the Child Tax Credit (CTC) and the Earned Income Tax Credit (EITC). President Obama expanded these provisions in the recovery act he signed into law this year. President Obama now proposes to make permanent these recovery act expansions of the CTC and EITC. Congressional Republicans have made it clear that they would allow them to expire as scheduled at the end of 2010 (even though they would make permanent all the tax cuts enacted during Bush’s presidency).

As a result, many working class families in Virginia would pay more in 2011 under the Republican approach because they would lose these improvements in the Child Tax Credit and EITC.

“The Republican approach would allow the tax cuts for working families that are part of the recovery act to expire, while extending tax cuts for the richest two percent.  The Republican approach would cost ten times as much,” said Laura Granruth, member of the Virginia Organizing Project Tax Reform Committee. “President Obama would do the opposite. The difference between these two mindsets is clearly on display for all Americans to see.”

To interview Laura Granruth of the VOP Tax Reform Committee on the report or state tax reform issues:

To interview David Shreve of the VOP Tax Reform Committee on the report or state tax reform issues: