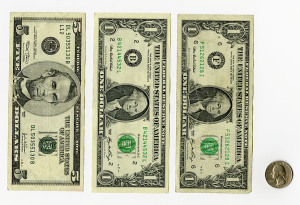 Virginia Organizing released the Alliance for a Just Society’s report, Pay Up!, which highlights the devastating effects of low pay and long hours for Virginia workers. The report is part of a national series of reports that look at several states’ conditions for workers and provide policy recommendations to improve those conditions.

The Virginia report, which can be found here, notes that a living wage for a single adult is $18.70 per hour, more than twice the current minimum wage of $7.25 per hour in Virginia.

“I know all too well that I don’t make a living wage,” said Melvin Whitfield, a Virginia Organizing supporter featured in this report. “It’s tough to get ahead when there’s always something that comes up and I don’t have money saved to afford the extra expenses.”

“Our lawmakers needs to do something to make families a priority in Virginia,” said Virginia Organizing Chairperson Sandra A. Cook. “It’s ridiculous that people who are working and trying to take care of their families cannot provide for all their needs because corporations get away with paying such a low wage.”

“What’s worse is that lawmakers remain unwilling to address other policy priorities that would ease the burden on working Virginians—for example, Medicaid expansion would go a long way to cut health care costs and allow wages to be used for other necessities, but lawmakers have dug in their heels against the Affordable Care Act in spite of what Virginia voters want,” said Cook.

A recent poll released by the Healthcare for All Virginians (HAV) Coalition, of which Virginia Organizing is a part, showed that 74 percent of Virginia voters believe that the Virginia General Assembly should accept federal dollars to expand Medicaid.

“We need to raise the wage in Virginia, but we also need to make sure that working families have the support they need to survive,” said Cook. “Virginia Organizing supports fair, living wages, expanding Medicaid, and providing paid sick leave for employees as some of the policy solutions for our wage deficits.”