Home » The Issues » Immigration Reform » Slings and arrows of immigration

Slings and arrows of immigration 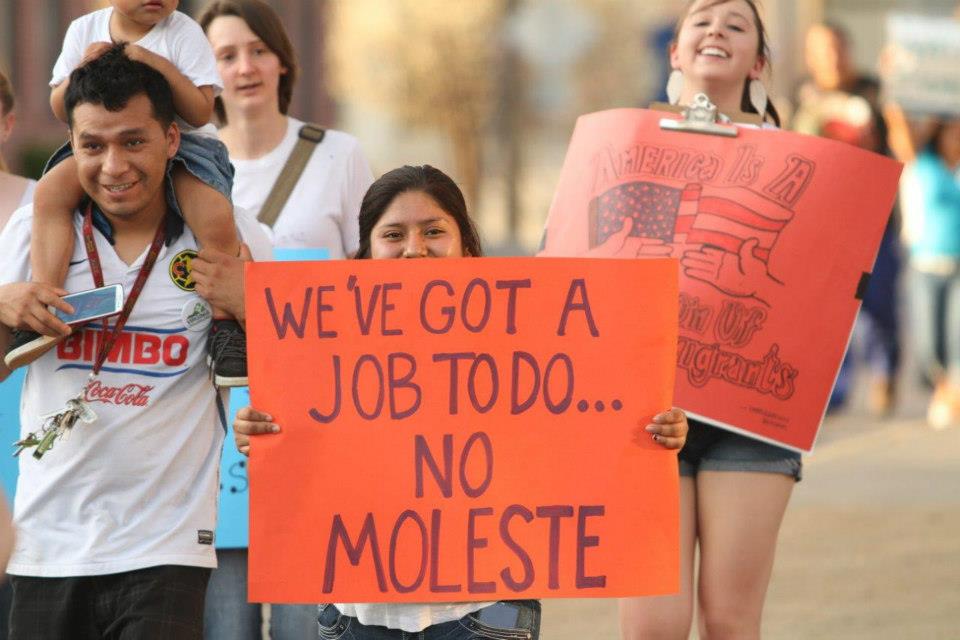 “Something is rotten in the state of Denmark.” It has been many years since I first read that line from “Hamlet” as an undergraduate trudging through an Intro to Shakespeare class. But as I contemplate the “state” of our nation’s immigration laws, “rotten” seems to be the perfect modifier.

We stand at a unique moment, with an opportunity to improve our immigration laws in a way that will honor hard work and human dignity – and improve life for all of us.

That’s why I will join hundreds of evangelicals and evangelical leaders in Washington, D.C., today for the Evangelical Immigration Table’s Day of Prayer and Action. We will gather amid a months-long effort during which thousands of evangelicals across the country have been praying for reform and urging action.

I see the desperate need for a new immigration process as both a Hampton Roads resident and as president of Regent University. Our rotten immigration laws dishonor the human dignity of our neighbors, here and across this great land. And they are not written strategically to build an America that respects our first principles and prepares us to be a world power well into the future.

Instead, our laws leave over 5 million people legally waiting “in line,” often for decades, for a green card. Our laws fail over 400,000 people in immigration custody in a 350-facility immigrant detention system, which cost taxpayers about $2 billion in 2012.

These laws also leave some 11 million people in social limbo, a subculture vulnerable to crime and other exploitation, even as most of them work hard and contribute to our communities. And they unfairly punish many who were brought to the U.S. as children, have succeeded in our schools and, without permanent reform, could face deportation from the only country they have ever known.

We need a new immigration process that honors our values of human dignity and recognizes years of hard work under very difficult conditions. We need a legal way for immigrants’ diligent hands to work our fertile fields; we need their fighting spirits to support our military.

As a Christian, I see that we need their spirits to lift our churches and neighborhoods, and as a university president I want to keep and attract their bright minds to improve our society.

Aspiring Americans are already an important part of our communities and church families in Hampton Roads and across the nation. They deserve to be treated with dignity. We acknowledge that they broke the law and overstayed visas or breached a porous border, but the plan we favor ensures that only those determined to uphold American values would be eligible for citizenship – and only after a number of other important criteria are met. We need Congress to act now, repair our broken system and bring them out of the shadows.

That means that alongside tough border security and a legal immigration process that helps create jobs and lifts all American workers, lawmakers must create the opportunity for aspiring Americans to register, pay penalties, contribute as legal residents and eventually earn the opportunity to become citizens.

This is not about amnesty; it is about accountability that will strengthen our country. And it is not about politics; it is about human beings made in God’s image who deserve not only His forgiveness, respect and love, but also ours.

Broad immigration reform will make America stronger through its reflection of both biblical and American values: dignity, family unity, freedom and hard work.

Just as Denmark’s rottenness blighted every aspect of society in the literary classic, so the rottenness of our current immigration laws weakens our great nation. In Washington this week, hundreds of us will tell our representatives we support them in prayer as they carefully consider all options before approving a broad plan to reform immigration.

Let us all agree that inaction does nothing but allow our current immigration system’s decay to spread. The House must find a way forward on wide-ranging reform that adheres to our values and moves us forward.

Carlos Campo is president of Regent University in Virginia Beach.