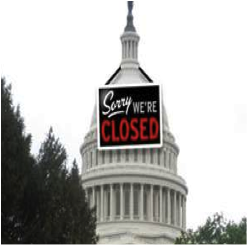 Conservatives in Washington are working around the clock to try to shift the blame for Standard and Poor's first-in-history downgrade of the United States' credit rating.But Americans are not buying their spin. Conservatives in Congress threatened us with economic disaster to protect millionaires from paying a dime more in taxes — and they say they'll do it again. We've all had enough of reckless political brinkmanship — we need responsible leaders who put our jobs above theirs.

It doesn't have to be this way. We can get rid of massive tax giveaways for millionaires and use that money to pay Americans who keep our country running. Here's a factsheet on how the downgrade happened and how it could have been avoided:

Why did they do that?

2.      Raise Revenue! S&P insisted that revenues had to be raised (taxes increased) in order to stabilize and equalize the general debt burden.

3.      Get along! S&P pointed out the “lack of apparent willingness of elected officials as a group to deal with the U.S. medium term fiscal outlook.”

Wait! Didn’t Obama’s plan offer all of the above!

2.      A revenue hike by overhauling the tax code to close loopholes and end some breaks for wealthy individuals and corporations.

3.      Additional revenue by ending the Bush Tax cuts for the wealthiest Americans. Note: These tax cuts are due to expire at the end of 2012.

The plan was resoundingly defeated by House Republicans who refuse to raise taxes under any circumstances.

This factsheet was written by Ginny Downie of Fredericksburg for her website www.justthoughtyoushouldknow.org